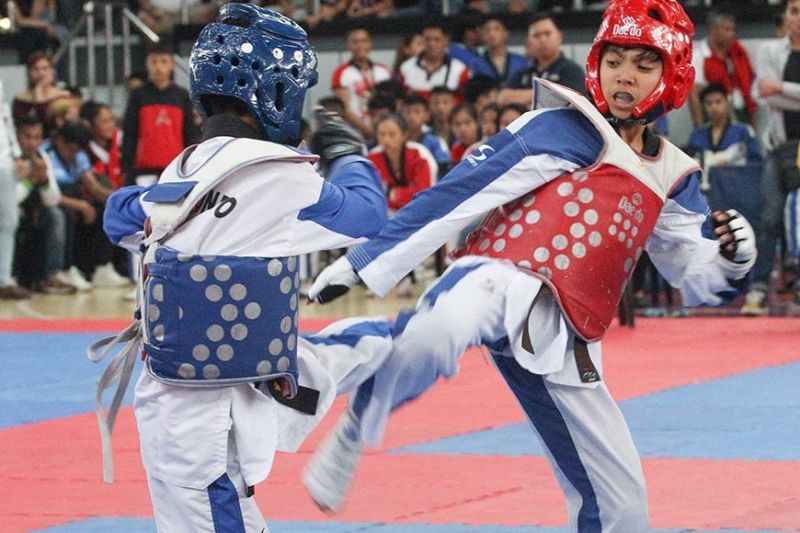 PALAWAN. Combative sports, such as taekwondo, will once again be Baguio’s medal hopes in the Batang Pinoy National Finals slated August 25 to 31 in Puerto Princesa City, Palawan. (SSB file photo)

BAGUIO City is set to defend the overall title in the Batang Pinoy National Finals as it sends 272 athletes and coaches in Puerto Princesa City, Palawan.

The weeklong sports event, which will be held August 25 to 31 will see the Summer Capital going for a three peat in the competition backed by the Philippine Sports Commission (PSC).

Bulk of the delegates will be coming from taekwondo with 44, followed by arnis at 24 and judo at 26.

Gaudencio Gonzales of the Baguio City Sports Division Office said the city is once again pinning its hopes in retaining the overall title when it hosted the event last year amid Typhoon Ompong.

Gonzales added Baguio athletes are focused on retaining the overall title after falling short in the Luzon leg of the competition.

“Our focus right now is to win the overall. We may have lost the Luzon title but we are still looking forward to retain the national title,” said Gonzales.

During the Luzon leg in Ilagan City, Isabela earlier this year, Baguio City finished second with 36 golds, 47 silvers and 60 bronzes behind Laguna’s 38 gold medals to go with 35 silvers and 36 bronzes it has earned.

Meanwhile, PSC expressed its readiness together with Puerto Princesa and Palawan their readiness to host the weeklong competition for athletes aged 15 years old and below.

“The PSC is ready for the growing number of delegates that will take part in the games,” shared National Secretariat Head Manuel Bitog.

Around 10,000 athletes, coaches, technical and delegation officials from all over the country are expected to take part in a total of 31 sporting activities.

A Children’s Fun Run will be held on the morning of closing day, August 31, with a target of 8,000 kids participating from all over the province.