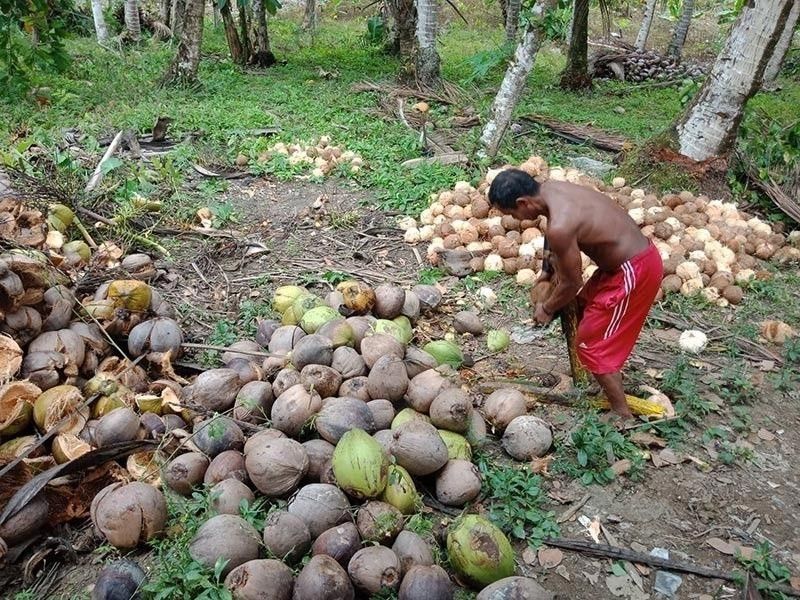 DAVAO. Farm gate price of copra in Davao Region is P15.06 per kilogram (kg) according to the daily market price watch of the Philippine Coconut Authority (PCA) as of August 16, 2019. (SunStar File Photo)

FARM gate price of copra in Davao Region is currently at P15.06 per kilogram (kg) based on the price watch of the Philippine Coconut Authority (PCA) as of August 16, 2019.

Declining copra prices has been the issue of the industry since the past few years despite the attempt of the agency to propose solutions.

Last week, during the regular session of the 19th city council, City Councilor Danilo Dayanghirang invited PCA administrator Romulo Dela Rosa to explain their side and hear their actions on the said issue in the Philippine coconut industry.

“As a result, price of coconut oil has been pulled down drastically then we have a slump in the price of copra since copra is the main or raw material for the production of coconut oil,” he added.

The international market dictates the prices of coconut oil and the production of coconut is geared towards the export of coconut oil. Dela Rosa said these are the reasons why the coconut industry of the country has been affected.

He said one strategy they are looking at to help copra farmers is pushing for the increase of percentage of coconut oil in the production of biodiesel to five percent from two percent.

Dela Rosa said the increase will not be immediate but it would be done by increasing the percentage of coconut oil in the biodiesel production by at least one percent every year.

In 2018, representatives of coconut farmers, coco oil producers, and the business sector urged the government to immediately implement the Biofuels Act of 2006 or Republic Act 9367 mandating that all biodiesel fuels sold in the domestic market be blended with five percent Coco Methyl Ester (CME).

Dela Rosa, however, said due to opposition from some oil companies this was not implemented. This may have also contribute to the decline of copra prices to P15/kg from P24.27/kg last year. (LHC)