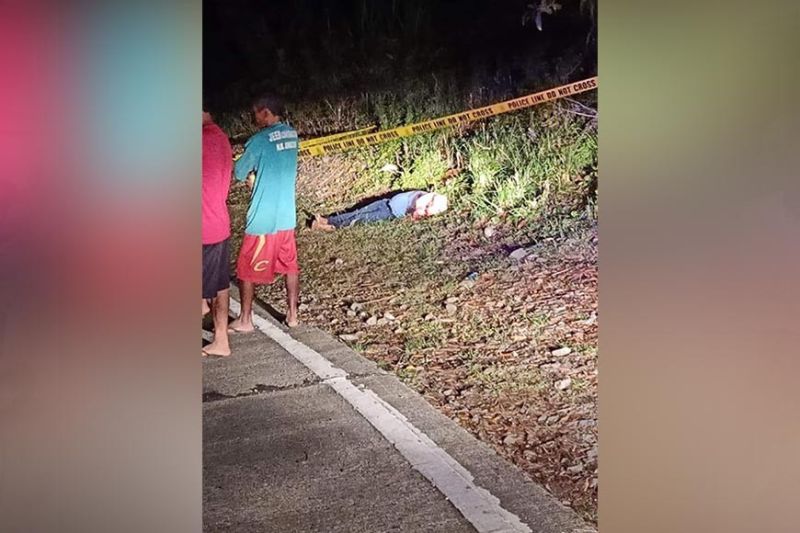 In the official Facebook page of the Balamban Police Station of Cebu City Provincial Police Office 7, the body of a male which was found in Barangay Cansomoroy was already identified to belong to Armando Bernaldez Oppus of Davao City, through his passport and other identification cards.

Based on the police report, around 9:40 p.m. on Tuesday, a male body whose hands were tied and mouth covered with boxer shorts, was found on the side of the road with gunshot wounds in different parts of his body.

Investigators of the Scene of the Crime Operatives (Soco) revealed that they have recovered four empty shells of .45 caliber pistol at the crime scene.

Inside the car, recovered items include driver’s license, passport and 47 pieces of P100 bill owned by the victim.

Still no suspect has been identified and the motive of the crime is still being determined.

Oppus, together with one Emond Bariga Quiñones and one Judy Ann Dalatina-Estrella, fled carrying with them around P400 million from their investors in Davao Region last July 27, 2019.

Their investors complained at the Davao City Anti-Scam Unit. They also sought the help of the National Bureau of Investigation (NBI) to apprehend the suspects.

With this incident, Quiñones and Estrella will now be the only ones who will face the large scale estafa cases. (OBD)