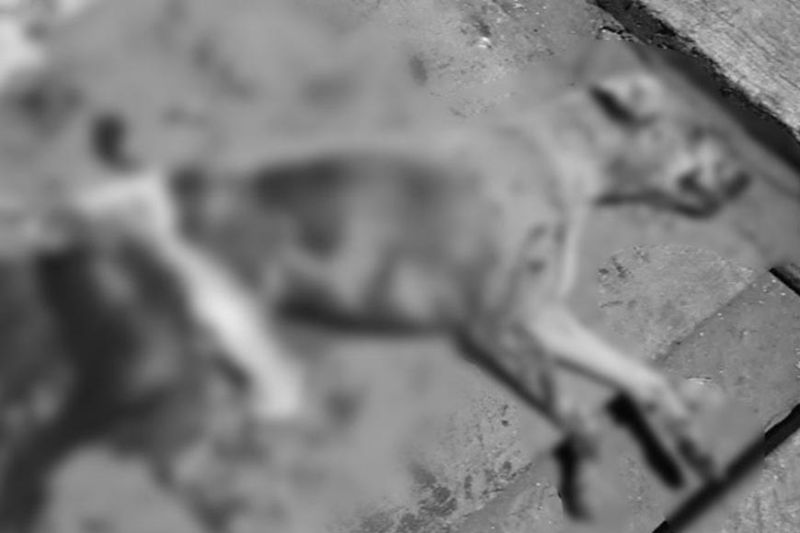 A DOG was declared dead on arrival after it was allegedly stabbed by a police officer when he got irritated while playing mahjong along A. Pichon Street, Davao City.

In an interview Wednesday, August 21, with Ginggay Faune of Pet Avenue, a group of individual animal rescuers teaming up to sell organic pet care products, said that the dog named Gabriela was rushed to Shrine Pet Care Center but was pronounced dead on arrival.

She said a police officer, who was a visitor in the area, was playing mahjong but when he got irritated after losing, he allegedly vented out his anger towards the playful dog.

As of 5:26 p.m. Wednesday, the video, which was posted on Pet Avenue social media at 7:57 p.m. on August 20, has already gotten almost 400,000 views with over 5,900 reactions, almost 7,500 shares, and over 2,800 comments, mostly condemning the action committed by the policeman and expressed their pity towards the animal.

Faune said the dog’s owner already filed a formal complaint at San Pedro Police Station and they are currently convincing the owner to pursue the case. However, the owner seemed reluctant because of fear of his safety considering that the person involved is a policeman.

“All other information shall be withheld po kasi takot ang owner. We are hoping that you respect that decision until we have him face the right forum upon the signal of the lawyers if he decides to press charges,” she said.

To date, they are focusing on two major cases - Davao’s Gabriella and Agusan’s Coco and Brownie.

In a separate interview with Davao City Police Office (DCPO) director Police Colonel Alexander, he assured that the dog’s owner has nothing to worry about since they are willing to assist them.