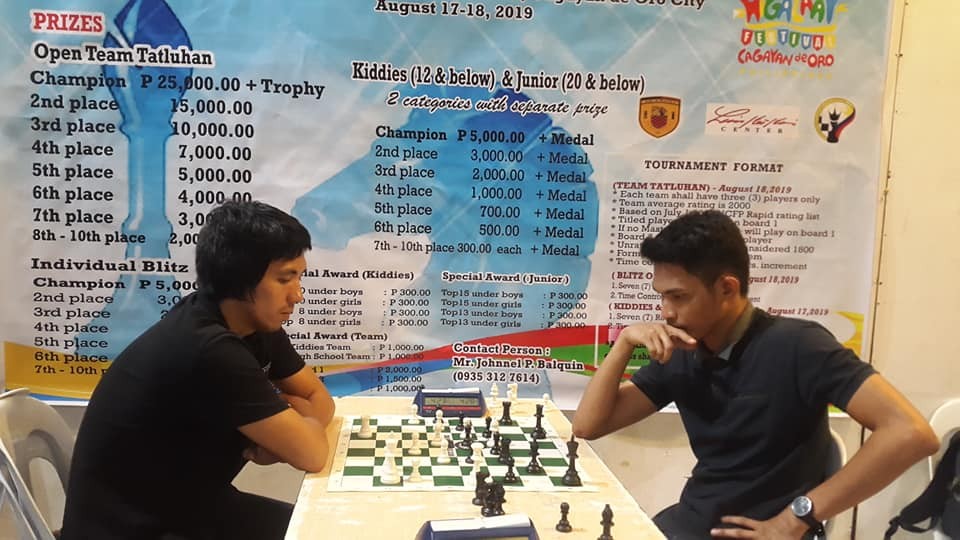 CAGAYAN DE ORO. in this board 3 match, Bobby Salomon (at right) overlooked a simply exchange of the Bishops to force a draw with Genesis Apog of Cong. Dujali team. Despite the loss, lucky Bob’s Chesson-A team still managed to win the championship via four-way logjam tiebreaker. (Lynde Salgados) 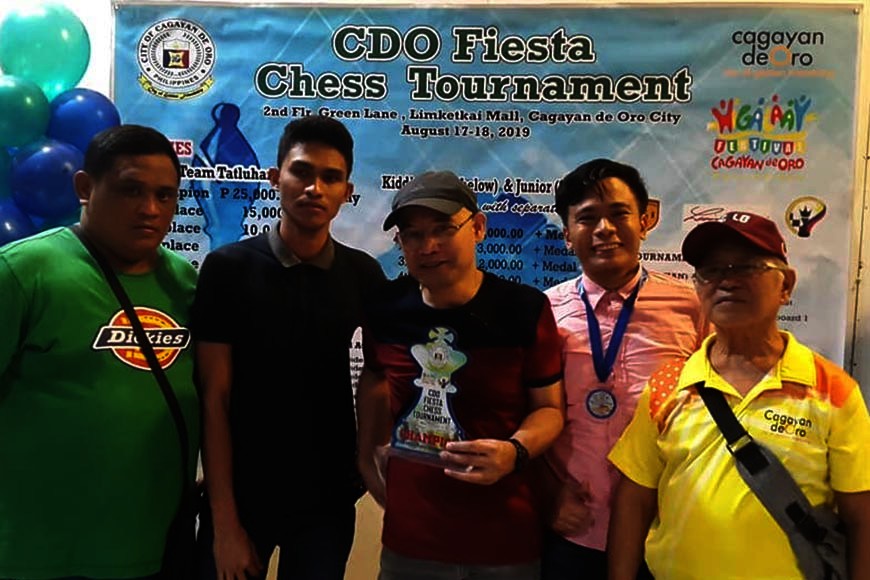 Chesson-A of team manager Jason Nabatlao and also anchored by National Master Levi Mercado in board one and Bobby Salomon in board 3 actually amassed a team effort of 10 match points in a tie with the team of Cong. Alan R. Dujali A of Marawi, Davao Region’s Magmatyag and perennial contender Stalag 69 of Bukidnon and Cagayan de Oro combined.

But Chesson-A prevailed in the Bucholz tiebreak to nose out the three other 10-pointers for the crowning glory and the P25,000 top purse plus trophy.

The wards of Cong. Dujali (Jason Salubre, Paciano Gulle, Genesis Apog), who held Chesson-A to its only draw in the penultimate fifth round, settled for the runner-up honor worth P15,000.

Chesson-A was almost assured of a title finish in the fifth round against Salubre and company, but Salomon overlooked a simple exchange of the Bishops for a forced draw and absorbed a heart-breaking loss to Genesis Apog that ensued a wide-open race for top prize money.

Individual gold medallists Jefte Crebillo of Misamis Occidental on board one, Abdul Halil Abdullah of Chesson-A on board two and Ramil Sayaboc of Stalag 69 on board three were awarded P2,000, P1,500 and P1,000 each.