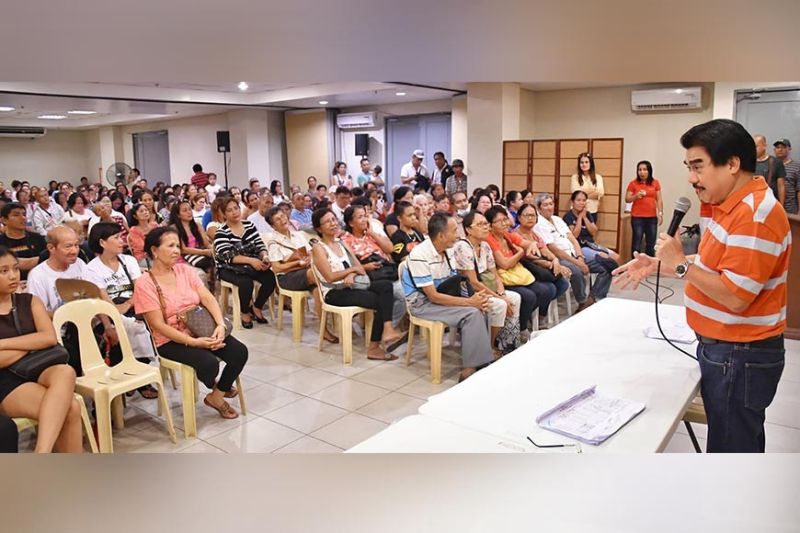 THE Office of the Provincial Agriculturist (OPA) awaits the final guidelines on the subsidy to be given by the government to the Filipino farmers who will be affected by the Rice Tariffication Law.

Lawyer Japhet Masculino, provincial agriculturist, said that the subsidy for the farmers would be like the 4Ps project of the government.

He said that they are not certain yet as to identification of the beneficiaries as the government has conducted some surveys like the one done by the Philippine Crop Insurance Corporation.

He said that farmers in Negros Occidental have been identified to receive the subsidy because the province is one of the top ten rice-producing provinces in the country.

Masculino said they expect that the P10-billion fund component of the Rice Tariffication would be given to the farmers affected by the incoming cheap and imported rice during the second cropping.

Even the machineries component has not been released yet, Masculino said.

Under the program, an unconditional cash assistance would be allocated and distributed to affected farmers by expanding the ongoing Survival and Recovery (SURE) program of the Agricultural Credit Policy Council (ACPC), an attached agency of the DA.

The expansion of Sure to assist rice farmers will also build on the good experience under the Pantawid Pamilyang Pilipino Program (4Ps) program of the Department of Social Welfare and Development (DSWD).

The expanded Sure program is in addition to the programs and projects mandated under the Rice Competitive Enhancement Fund (RCEF), the annual PHP10-billion fund established under RA 11203 to be sourced from the Bureau of Custom’ s (BOC) collection of tariffs on rice imports by private traders following the enactment of this law.

Under RA 11203, P10 billion of the tariff collections on rice imports shall be appropriated annually for rice farmers through various programs that would help increase their production.

Half of the fund shall be allocated to the Philippine Center for Post Harvest Development and Modernization (PhilMech) to provide farmers with rice farm machineries and equipment; 30 percent to the Philippine Rice Research Institute (PhilRice) to be used for the development, propagation, and promotion of inbred rice seeds to rice farmers, and the organization of rice farmers into seed growers associations engaged in seed production and trade (30 percent); 10 percent for the credit facility that will be managed by the Land Bank of the Philippines (LBP) and the Development Bank of the Philippines (DBP); 10 percent for farmers’ training on rice crop production, modern rice farming techniques, seed production, farm mechanization, and knowledge or technology transfer.

The fund has become controversial after Senator Cynthia Villar pushed an investigation after she received reports that the Department of Budget and Management (DBM) released in December 2018 P5 billion for the RCEF but only P1 billion of the released amount has allegedly been disbursed. Villar questioned the release of the fund ahead of the signing of the law in February this year. (TDE)