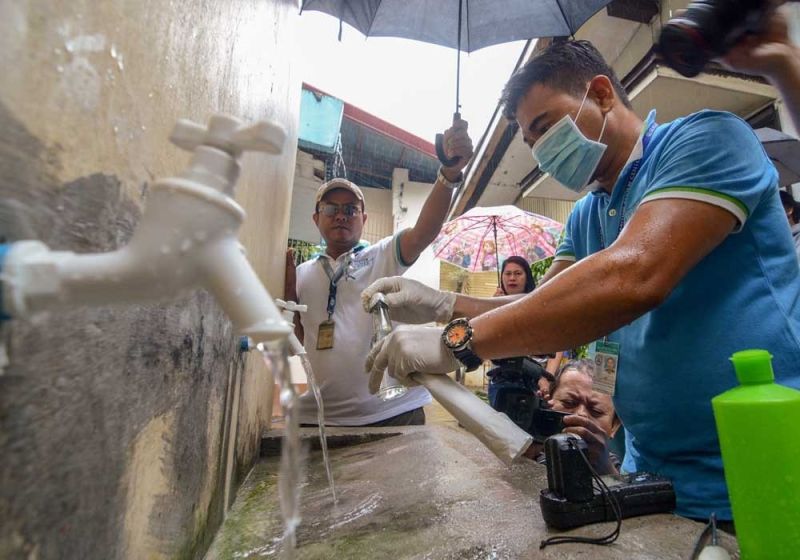 SALTWATER will move five kilometers inland, tainting groundwater sources all the way to the foothills of Barangay Talamban in Cebu City by 2030 if residents continue to extract groundwater at present levels in Cebu, warned a water district official Wednesday, Aug. 21, 2019, after revealing that its water production had fallen five percent in the last two weeks alone due in part to saltwater intrusion.

Metropolitan Cebu Water District (MCWD) spokesperson Charmaine Rodriguez-Kara said despite the rains, the district’s water production had gone down by 13,000 cubic meters per day in the last two weeks due to saltwater intrusion in one well, as well as the lowering of yields of other groundwater wells.

Accounting for the biggest drop in MCWD’s water production is the 7,000 cu. m. of water per day lost to saltwater intrusion in a well in Consolacion of a private supplier.

“Saltwater intrusion is the biggest threat to water sources because it is irreversible,” Kara told SunStar Cebu. “Once the saltwater enters, you can no longer use that well. You’ll have to shut it down.”

Kara said MCWD no longer renewed the contract of its private supplier whose well in Consolacion showed chloride levels of 290 milligrams/liter, which is above the 250 mg/liter acceptable level.

The contract’s non-renewal resulted in the loss of volume of 7,000 cu. m. a day, reducing water service hours in some areas in Consolacion and Mandaue City from 24 hours to just 20 hours a day.

Another 3,000 cu. m./day was lost due to the lower yield of the Cebu Manila Water Development Inc.’s (CMWD) plant in Carmen, Cebu. CMWD, one of MCWD’s private bulk water suppliers, which had supplied 38,000 cu. m. per day to MCWD for its consumers in Compostela, Liloan, Consolacion, and parts of Mandaue and Mactan Island, is now supplying just 35,000 cu. m. per day.

MCWD’s wells in Talamban accounted for the remaining loss of 3,000 cu. m. a day on low yields due to groundwater overextraction.

While the MCWD can detect saltwater intrusion in its 126 groundwater wells and in water from its four bulk water supply providers, monitoring the salinity of wells operated by private individuals and firms is a problem.

The reason is that although the MCWD is deputized by the National Water Resources Board to stop the proliferation of illegal wells, it does not have police power “to enter private establishments and demand to get samples,” Kara said.

MCWD pumps only 40 percent of the groundwater in Metro Cebu daily. The bulk, or 60 percent, of the extraction is done by private well owners, both domestic and commercial.

Kara said also contributing to MCWD’s woes is septage contamination of wells, which occurs when the water source is exposed to septic tank waste or people defecate near groundwater sources because they do not have toilets.

Septage contamination exists if the water has a nitrate content of more than 55 mg/liter.

Kara said in the last six years, MCWD had shut down nine wells due to septage contamination.

But it had also been able to “revive” six contaminated wells by denitrifying them, or removing the nitrate content in the water, so that the water could be treated.

Kara said nitrate presence and saltwater intrusion must be addressed as these result in the lowering of water supply due to the need to shut down contaminated wells.

Aside from managing its use of groundwater, the MCWD is now developing more surface water sources and entering into partnerships to increase its production.

PWRI will upgrade its existing treatment plant at the South Road Properties in preparation for the additional volume of water that will be injected at MCWD’s 400 millimeter diameter steel pipe on C. Padilla St. in Mambaling.

MCWD is now awaiting interested proponents to propose building water producing facilities in Cebu. These include a proposed desalination plant in Lapu-Lapu City and the Mananga 2 Dam in Talisay City.