Amid outrage, convicted ex-mayor may not walk free 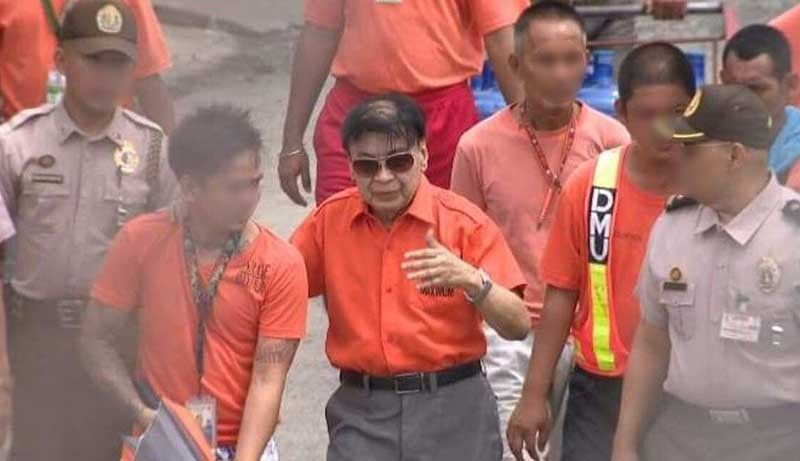 AMID the public outrage over reports that rape-murder convict Antonio Sanchez might be released from prison, Bureau of Corrections (BuCor) Director Nicanor Faeldon said the former town mayor might not be able to walk free because of violations he committed while in detention.

Faeldon said Sanchez, a former mayor of Calauan town in Laguna, might not be qualified to avail of the new Good Conduct Time Allowance (GCTA) Law.

“Preliminary, kasi marami siyang involvement sa some not good behavior baka hindi nga siya qualified, that’s really the probability. He may not be qualified to go home today or in the next few months,” Faeldon said in a press conference on Thursday, August 22, 2019.

(Preliminary, he was involved in some not good behavior. He may not be qualified. That's really the probability.)

Faeldon assured that he will “diligently” review Sanchez's record.

“Sigurado ako I will not allow computation of good conduct to anybody who has participated in the selling of drugs or provided sanctuary or supported or provided harbor to any drug peddlers while they are here,” he said.

In 2006, Sanchez was charged with illegal possession of illegal drugs after the recovery of suspected methamphetamine hydrochloride (shabu), marijuana and other drug paraphernalia while in detention at the New Bilibid Prison.

Faeldon said the case was dismissed in 2011 by a Muntinlupa court “over technicality” but he said that as far as the bureau is concerned, it does not change the fact that illegal drugs were recovered from his cell.

Just before the said case was dismissed, in 2010, another P1.5 million worth of illegal drugs were discovered underneath a Virgin Mary statue displayed in his cell.

In 2015, authorities also seized a flat screen television, an air-conditioner and a refrigerator in his detention cell.

Sanchez was convicted of seven counts of rape and two counts of murder in 1995 for the rape-slay of University of the Philippines (UP) Los Baños student Eileen Sarmenta and the killing of her boyfriend Allan Gomez in 1993.

Earlier, Justice Secretary Menardo Guevarra said Sanchez was among the 11,000 inmates who might be released in the next two months due to the new law increasing GCTA and a Supreme Court SC decision applying the same law retroactively.

Faeldon said that of the 11,000 inmates whose records are on review for possible release, over 200 have been sent home since August 12.

He said among those who were released are elderly inmates and those who do not have any derogatory records. (SunStar Philippines)