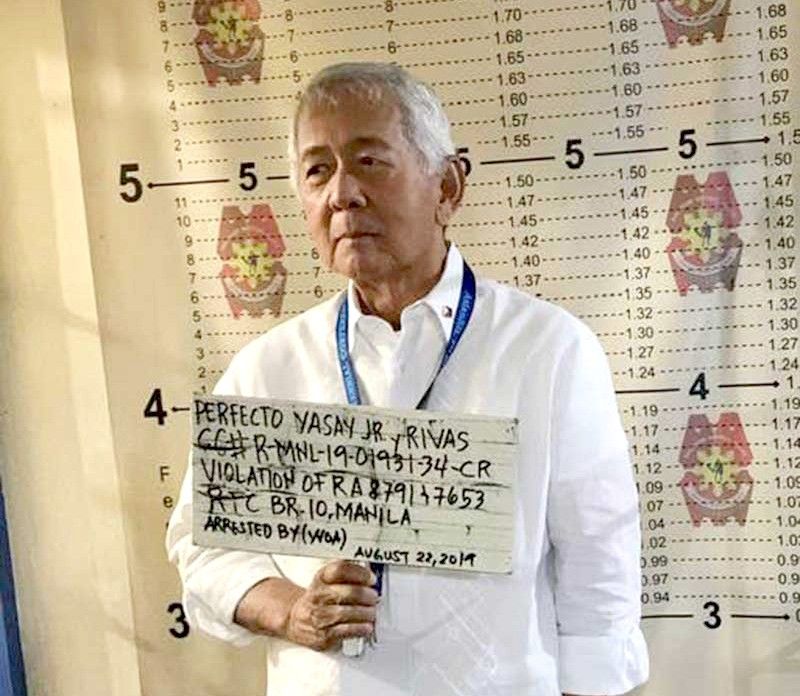 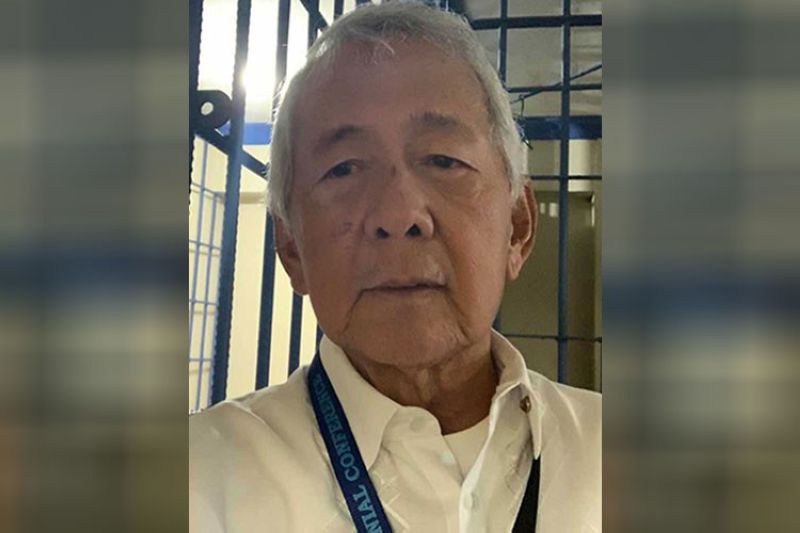 The problem with Yasay's inclusion in the information filed in court is that he joined Banco Filipino in 2009, or three years after the alleged crimes were committed.

Yasay, 73, posted about his arrest on social media around 4 p.m. Thursday.

He said he was arrested in his residence in Makati City based on a warrant of arrest issued by the Manila Regional Trial Court (RTC) Branch 10.

"To all my friends, allow me to inform you that I am now being arrested from my house by police officers of Manila on the basis of a warrant of arrest issued by the RTC of Manila Branch 10 for criminal charges that were alleged committed by officials of Banco Filipino from 2003 to 2006, clearly appearing on the face of the Information filed by the prosecutor, when in truth and in fact I joined the bank only in 2009," he stated.

"I am not posting bail until I am brought before the judge where I will question this abuse of process and travesty of justice," he added.

The Manila Police District (MPD) said the arrest warrant against Yasay was issued by Judge Danilo Leyva of the Manila RTC Branch 10 for several violations of the provisions of Republic Act 8791, otherwise known as the General Banking Law, and Republic Act 7653 or the New Central Bank Act.

The MPD reported that sometime in 2001-2009, Yasay and his five associates and officers of the Banco Filipino conspired and aided each other to secure from the bank a loan or credit amounting to P350 million for Tierrasud Incorporated.

“When the loan was granted, all accused failed to report such loan accommodation to the supervision of BSP (Bangko Sentral ng Pilipinas) and despite report of examination addressed to all accused instructing them to rectify such violation failed to do the same,” the MPD said.

Yasay was initially brought to MPD for documentation.

Yasay served as chairman of the Securities and Exchange Commission during the Joseph Ejercito Estrada administration.

He was asked in May 2016 to serve as Department of Foreign Affairs chief under the Rodrigo Duterte administration, but his appointment was rejected by the Commission on Appointments in March 2017 for having a US citizenship.

Yasay had denied under oath, but later admitted that he had obtained American citizenship. (MVI/Third Anne Peralta-Malonzo/SunStar Philippines)