Bzzzzz: This early, the talk is about Tomas-Mike alliance vs Edgar in 2022 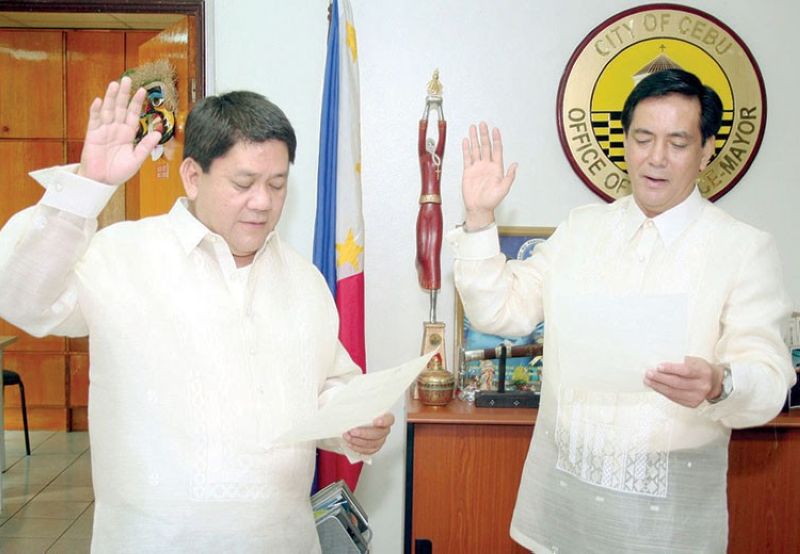 [1] THE JOKES OF JULIAN DAAN, AKA TEBAN ESCUDERO (1945-2019), including these: "We were so poor we didn't have much of everything. We had to light a lamp to watch TV." On his own wife Yolanda: "I didn't have the faintest idea I had married a super-typhoon."

[2] ANTONIO SANCHEZ USING A STATUETTE OF VIRGIN MARY TO SMUGGLE SHABU into jail. That was not good conduct but it was shrewd, said his defenders. Not shrewd because he was caught.

Caveats on the tale

Warning on the talk about a Tomas-Rama alliance, before reading further:

[1] It is obviously a speculation, picked up from a conversation with a source trusted enough by the receiver of the information.

[2] There is no shred of evidence available yet.

And here it is: BOPK's tandem would be, drum roll, Mike Rama for mayor and Franklin Ong for vice mayor.

Broadcaster Leo Lastimosa, in his "Arangkada" program on dyAB of ABS-CBN Thursday (August 22), speculated that it would be Rama of Partido Barug who'd be supported by BOPK chief Tomas Osmeña in 2022.

Mike's running mate would be, Lastimosa said, Councilor Ong, who represents the Association of Barangay Councils (ABC) in the City Council.

Lastimosa conceded it is just talk for now. He said he is giving it some weight because of information he received about a looming alliance. Plus the allegation that Mike and Tomas are both not rabid fans of a national official who allegedly wields undue influence on Mayor Edgar Labella's decisions at City Hall.

What Lastimosa saw as an indication of a Tomas-Mike tie-up was the opposition the former mayor and the current vice mayor have mounted against changes in the Neda-approved bus rapid transit (BRT) project. He found it odd for the two to be on the same side of a controversy.

What the theory assumes

The theory of a Mike Rama-Franklin Rama team 2022, supported by Tomas and BOPK, would assume:

[1] That Mike would leave Partido Barug or align the party, of which he is the founder and leader, with its rival BOPK.

It could set off havoc within Barug and BOPK.

[2] That Mike's differences with Mayor Labella are so wide or would so widen they couldn't be settled within the party before the next election.

They were able to patch up wounds on similar issues just before the elections.

[3] That bad blood between Tomas and Mike would be so thin it could be removed and replaced with good stuff easily.

Each said harsh words publicly and murderous words privately against the other. Could they forgive and forget? Mary Ann de los Santos and Tomas had traded barbs and still bedded politically for the May elections. But then Mike is no Mary Ann. The Osmeña-Rama conflict has run long and deep.

[5] That finally, the linchpin of it all, Tomas would give up as king and be content with being kingmaker and co-kingmaker at that.

In sum, huge obstacles to the realization of the speculated Tomas-Mike alliance. But as they say, anything goes in Cebu politics.