P5.5 million worth of shabu seized in San Fernando 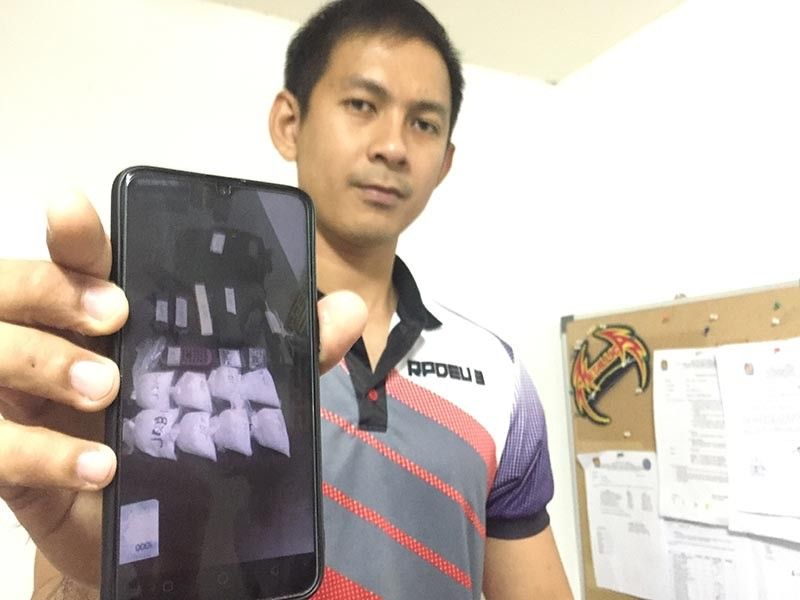 PAMPANGA. RPDEU-Central Luzon Chief Captain Vlademir Canapi shows a photograph of pieces of evidence, including the P5.5-million shabu seized from illegal drug personalities who were arrested in a drug bust in the City of San Fernando. (Princess Clea Arcellaz)

MORE than P5.5 million worth of substance believed to be shabu was seized by the Regional Police Drug Enforcement Unit (RPDEU)-Central Luzon during an anti-illegal drug operation launched in Barangay Sindalan, City of San Fernando recently.

Francisco, along with Mohammer Haji Ganda, 25, Jalal Mauyag, 25, and Michael Villacorta, 35, became subjects of a series of surveillance of profiling to confirm their involvement in illegal activities before the actual operation that led to their immediate arrest, Canapi said.

Aside from the shabu seized from Francisco, Canapi said two more medium-sized packs containing the same substance and amounting to about P2,000 each were also confiscated from Villacorta and Ganda. Also seized from them was an undocumented caliber .45 pistol.

The suspects are now facing multiple charges for violation of Sections 5 and 11 of the Comprehensive Dangerous Drugs Act and Illegal Possession of Firearms and Ammunitions law, said Canapi.

He warned other drug personalities to stop their illegal activities, saying the Philippine National Police will never waver on its nationwide campaign against illegal drugs.