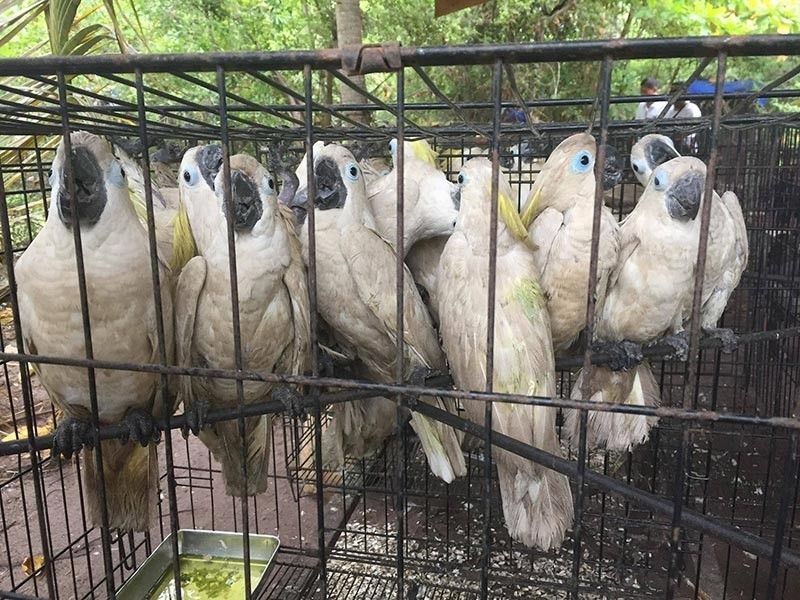 Photo from Department of Environment and Natural Resources 11 Facebook page

THE Clark and Subic Freeport zones have become convenient gateways of wildlife violators that the Department of Environment and Natural Resources (DENR) called for the strict monitoring of two freeports against wildlife trade.

DENR enforcement division chief Fred Sadueste said the cooperation and active participation of different enforcement agencies of the government is a big boost to sustain the efforts in wildlife law enforcement.

"Central Luzon is a hub to Subic and Clark Freeport Zones, these have been the convenient gateway of wildlife violators for doing their illegal wildlife activities," he said in a training-seminar held recently.

He said these gateways must be strictly monitored to prevent any wildlife trade activities.

"We need every law enforcement agency not just involved, but trained extensively on how to correctly and efficiently handle wildlife cases," he added.

The call came after the DENR, in a bid to put an end to illegal wildlife trade in Central Luzon, in partnership with the United States Agency for International Development (USAid), recently conducted a one-day training and orientation to some 60 officials and personnel of Philippine Ports Authority (PPA), Philippine Coast Guard (PCG), Bureau of Customs (BOC), Philippine National Police (PNP), PNP Maritime Group, the Subic Bay Ecology Center and Law Enforcement Office and the local government of Subic, which was held in Subic Bay Freeport Zone.

According to Michael Lopez, DENR wildlife officer in Central Luzon, the training aimed to strengthen the knowledge of the participants on various local and international policies governing wildlife trade.

"Our target here is to enhance and upgrade also the skills and competencies of various law enforcement agencies of the government in monitoring illegal wildlife trade on various ports like the Subic Bay area and the Clark International Airport to arrest wildlife criminals," he said.

Some of the topics and policies that were discussed during the training were the Convention on International Trade in Endangered species of Wild Flora and Fauna (Cites) and the Republic Act 9147 or the Philippine Wildlife Act, the illegal ivory and wildlife trade and national and international responses, and the wildlife enforcement protocols in airports and seaports.

DENR records show that seven vulnerable wildlife, including four pangolins and three cobras both under the "red list" of animals threatened with extinction by the international union for the conservation of nature were turned over to the DENR after a successful operation with the National Bureau of Investigation (NBI) in Clark International Airport against a suspected Chinese wildlife smuggler in 2016.

In 2017, the joint wildlife enforcement operation of DENR and NBI in Bulacan resulted in the seizure of more than 100 illegally traded animals, including the blue-naped parrot and Palawan hill myna, both considered as endangered species.