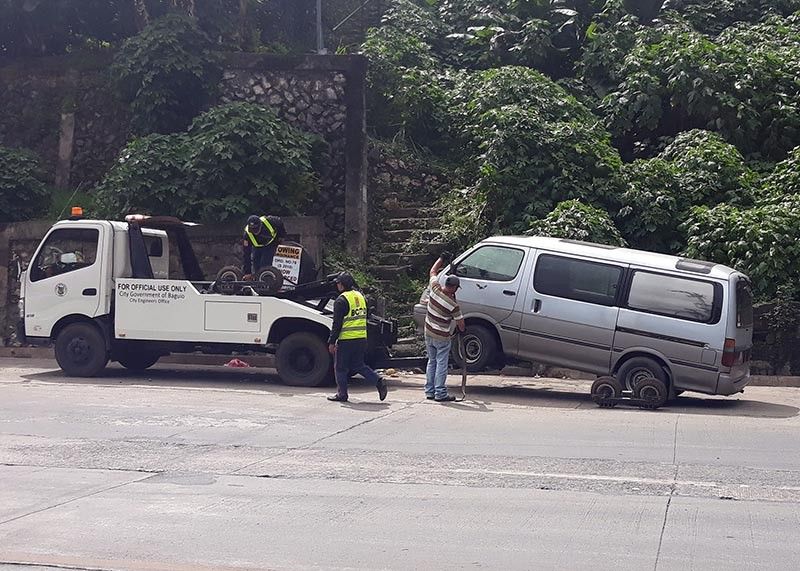 BARANGAY officials will be deputized to aid police in La Trinidad, Benguet for its intensified anti-obstruction operation.

Mayor Romeo Salda said the 16 barangays want to have continued operations of the anti-obstruction drive together with police enforcers.

"We will be releasing executive order, the barangay captains and barangay tanods will be deputized to issue citation tickets," the mayor said.

The chief executive reiterated on August 20 Executive Order 2, series of 2017, prohibiting all owners of business establishments, residential buildings, apartments and other similar buildings located along national highways, provincial, municipal and barangay roads from displaying their products and signages, as well as allowing their customers to park in sidewalk and doing repair and washing of vehicles.

Article 2, Section 37 of Municipal Ordinance C-001-96 of the town prohibits persons and business establishments from putting, installing or constructing temporarily or permanently any obstructions on sidewalks, streets and highways.

"It has been long observed that owners of business establishments, residential buildings, apartments, and other similar buildings are using their frontage, sidewalks, roads right of way for displaying their goods and doing repair works and washing," the executive order in 2017 added.

Salda pointed out future plans of making rounds in the town to identify parking areas and put signages for no parking areas.

License plates of more than 100 illegally parked vehicles in La Trinidad were confiscated as of August 2 following the anti-obstruction operation that aims to lessen traffic problems in the municipality.

DILG issued Memorandum Circular 2019-121 on July, setting a deadline of 60 calendar days for all LGUs. The order was issued in compliance to Duterte's fourth State of the Nation Address.