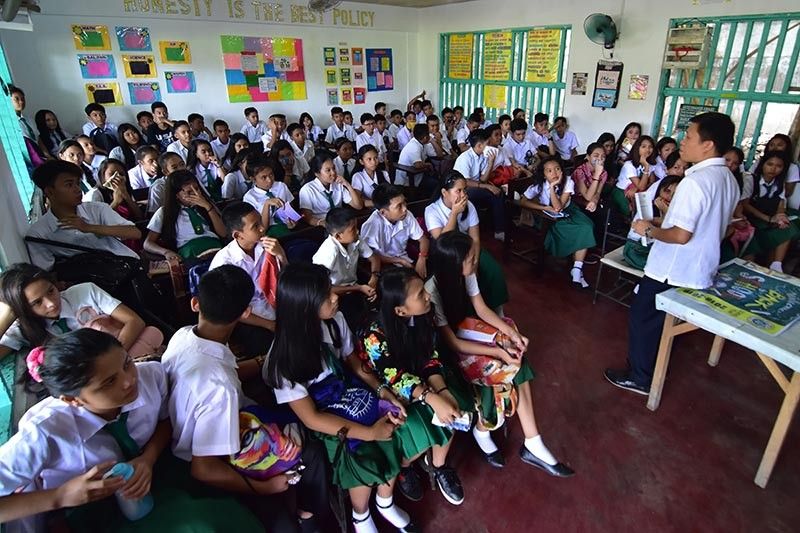 DAVAO. Educational module on illegal drugs will strictly be imposed in all public and private schools. (Macky Lim)

ALL public and private elementary and secondary schools in Davao City are now strictly mandated to integrate drug education module on selected Grade 4 to 12 learning subjects, or they will be sanctioned otherwise.

Davao City Anti-Drug Abuse Council (Cadac) technical adviser Donaldo Rivera said Thursday, August 22, that the Drug Education Module for Community-Based Rehabilitation and Aftercare Program is an enhancement of the Comprehensive Dangerous Drugs Act of 2002 (Republic Act 9165, Article IV, Section 43) by developing drug instructional materials and integrating it in the elementary, secondary, and tertiary of all public and private schools in the city.

Rivera said all public schools are automatically required to impose the module since it is under the Local School Board (LSB), wherein Davao City Mayor Sara Duterte-Carpio is a member.

But he said private schools are given autonomy to utilize the module in their learning curriculum.

He said the Business Bureau will not renew their business permit, as they are included in the Drug-Free Workplace Ordinance, which was passed in 2013 when President Rodrigo Duterte is still the city mayor.

The module was pilot tested during the academic school year 2018-2019 in some selected public schools in Davao City.

Rivera said the module was approved by the Department of Education (DepEd) regional office after being subjected for evaluation. With this, it will now be implemented in all public and private schools in the city.

All Grade 4 to 12 students will be covered in the module, which will be integrated in different subjects, such as Mapeh (Music, Arts, Physical Education, and Health), Araling Panlipunan (Social Studies), Science, Edukasyon sa Pagpapakatao (EsP or Values Education), Earth and Life Science, and Philosophy.

Cadac and the Philippine Drug Enforcement Agency (PDEA) provided some of the following topics to be integrated into the curricula: Science of Addiction: Physiology and Pharmacology, Co-Occuring Disorders, and Treatment and Management.

"Ang knowledge area, dili dali masulod-sulod sa mga kabatan-onan. (We cannot immediately inject all at once the vital information in the student's knowledge area) So we need to spiral this knowledge area according to their learing abilities," he said during the iSpeak media forum at the City Hall of Davao.

Although Rivera said this will not immediately stop the proliferation of illegal drug usage, he said the students will be aware of the consequences of using it. He also said they could help fight the rampancy of illegal drugs in the community.

He said Davao City is the first to implement the specialized module.

Learners enrolled in the Alternative Learning System (ALS) are also included in the implementation.

Rivera said a module written in Arabic will be launched in November and will be used in Madrasah Education Program of DepEd.

"We also want to provide preventive education to our Muslim brothers and sisters," he said.