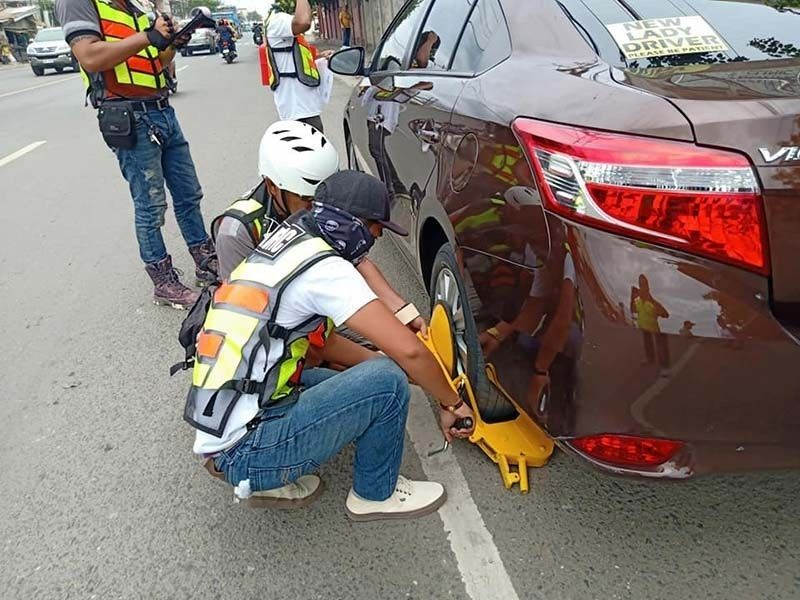 AT LEAST nine vehicles that were illegally parked on the highway in Talisay City were clamped on Thursday, Aug. 22, 2019, the first day of the strict enforcement of the City’s clamping ordinance.

One vehicle that was clamped is owned by a Talisay City Hall employee.

At 8 a.m. on Thursday, the City of Talisay Traffic Operations Development Authority (CT-Toda) patrolled the entire stretch of the national highway and the Cebu South Coastal road to apprehend owners of illegally parked vehicles.

CT-Toda head Jonathan Tumulak said that, as of 12 noon on Thursday, they were able to clamp nine vehicles. The owners of the four vehicles immediately paid the fines.

Tumulak lamented that some vehicle owners who live in interior barangay roads have made the main road their parking space and regularly leave their vehicles there.

One of those who were issued a citation ticket parked his vehicle on the side of the road while he was transacting with the Land Transportation Office in Talisay.

Some left their vehicles parked on the road while they ran errands.

Tumulak said there were illegally parked vehicles that were not clamped after their owners responded to the warning. The owners, though, were issued citation tickets for illegal parking.

Tumulak warned motorists in Talisay that CT-Toda will operate 24 hours every day, including weekends and holidays, and will patrol the streets to enforce traffic laws.

Meanwhile, the Land Transportation Franchising and Regulatory Board (LTFRB) 7 also ran after colorum vehicles-for-hire or those operating without a franchise on Thursday.

A passenger van and car were flagged at the South Road Properties and were impounded by the LTFRB 7 personnel. A fine of not less than P120,000 will be imposed on the owners of the two vehicles. (from FMD of Superbalita Cebu / LRC)