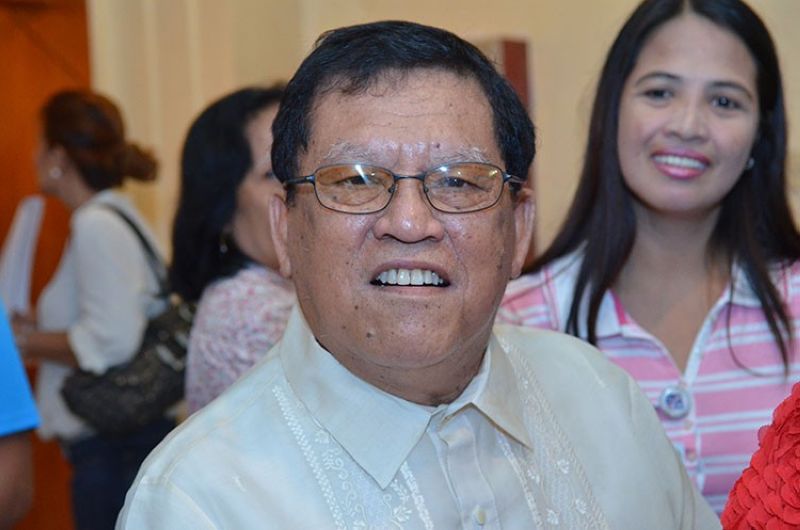 TO THE public, the late Julian “Teban” Daan was a funny comedian and a public servant.

But to his family, relatives, friends and colleagues in the local entertainment industry, Daan was a man who remained humble despite achieving almost mythic status.

Allan “Goliat” Nacorda, Daan’s long-time creative partner and one-half of the popular comedic duo “Teban and Goliat,” told Superbalita Cebu that he first met Daan when he was 13 years old.

Nacorda said Daan helped him with his signature act and taught him to survive the industry’s pitfalls.

Nacorda was first heard in one of Daan’s radio dramas, “Teban Loves Lorna,” back in 1980.

For Nacorda, Daan, whom he called Papa Django, was always thinking about the people he cared for and was never angry.

“In my 40 years working with Papa Django, I never heard him get mad or curse. I cannot forget his advice. No matter what fame you achieve, you should never look for trouble. He said no one drives away a good dog, while a mad dog is often chased, beaten and stoned,” Nacorda said in Cebuano.

For veteran radio drama actress Priscilla Raganas, Cebu not only lost an icon in their industry, but also a man who was willing to share his talents to a curious few and part with his money for those who really needed it.

Raganas, who was Daan’s partner in radio dyHP’s popular morning show “Kon Ako Ang Pasultion,” said that aside from being a “dramaturgo” or radio and stage actor, Daan also wrote his own dramas and comedies and even served as an occasional soundman during recording sessions.

Raganas first worked with Daan in 1965 when they were still with radio dyRC.

But it was “Manok ni San Pedro” that made Daan a household name.

The drama, which first aired in 1976, told the story of Esteban “Teban” Escudero, played by Daan, and his rise to riches thanks to a magical rooster given to him by St. Peter the Apostle.

Because of the popularity of the drama, it became a TV show aired locally, which also starred Daan in the lead role.

His fame brought him to various radio stations like the now-defunct radio dyRE, radio dyCB, radio dyLA and radio dyHP.

At home, Daan was a doting father to his two sons and a loving husband to his wife, Provincial Board Member Yolanda “Yolly” Daan.

Lester, Daan’s youngest son, said he and his older brother, Rodel, looked up to their father as their inspiration.

Even though he is a mechanical engineer, Lester eventually followed in his father’s footsteps and joined the radio industry as a drama writer.

Lester said that although his father finished only Grade 6, the latter worked hard to help raise his siblings.

Before his rise to radio stardom, Daan worked in the pier area as a maker of softdrink boxes.

Despite his poor background, Daan never forgot his dream to be heard on radio.

Lester said once Daan was done with his work in the pier, he would go to radio stations to check if they needed drama talents.

Daan eventually got his first shot as a radio drama actor in 1965.

Lester said his parents were supposed to celebrate their 50th wedding anniversary in December.

But even though his father is gone, Lester believes the laughter and joy Daan had brought to his fans in Cebu will live forever.