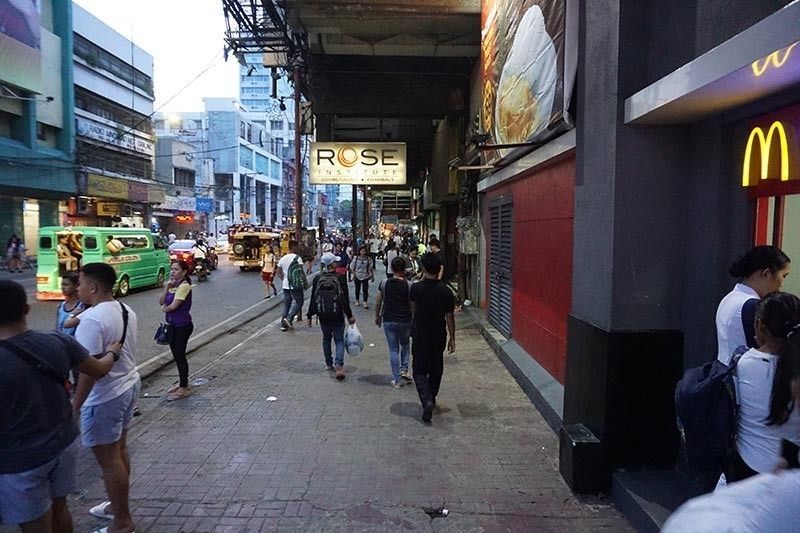 FIRST it was Cebu City, followed by Talisay City. Now, the city across the Mactan Channel is jumping on the bandwagon.

Lapu-Lapu City recently announced that it, too, would start clearing sidewalks next week.

According to the notice that Mayor Junard “Ahong” Chan will send to sidewalk vendors and owners of structures on sidewalks on Friday, Aug. 23, 2019, they have two days upon receipt of the notice to voluntarily take down any obstructions.

The notice stated that the City would also go after illegally parked vehicles.

The City’s tow truck is on standby to tow violating vehicles, especially those that park on sidewalks.

Two teams composed of police officers and members of the City Traffic Management System will conduct the clearing operation.

The City will make an exemption for wakes. However, the mayor said the family of the deceased could only set up a tent on the road at night, as this would cause traffic during the day. And they could only do so for a few days.

“Ato silang gi-allow to put a warning device sa layo pa aron makahibawo ang mga sakyanan, pero dili pwede nga 24-7 naa ang maong tent (We’ve allowed street wakes, but they must put up a warning sign from afar to warn vehicles and they must take down the tent during the day),” Chan said.

The City, which has already cleared the sidewalks at the public market, is looking for a relocation site for vendors who will be affected by the clearing operation.

The mayor is eying the lot in front of the Hoops Dome in Barangay Gun-ob where he plans to set up something similar to Sugbo Mercado in Cebu City.

Across the bridges to Cebu City, the Prevention, Restoration, Order, Beautification and Enhancement (Probe) team also plans to regulate vending on the sidewalks along B. Rodriguez St. after it has done so on Colon St.

Thirty vendors can go back to selling since they have a memorandum of agreement with the hospital to set up their stalls in the area, but the size of their vending area will have to conform to Probe standards, which is two feet by two feet.

The other 28 vendors have yet to comply with requirements, among which are that they must be registered voters of Cebu City, and they must secure a barangay clearance and a consent form from the establishment where they plan to set up their stalls.

The affected vendors were issued a notice about the clearing operation. Probe also met with them to discuss the matter and gave them time to comply with the requirements.

“We will prioritize vendors from our city. We asked those who would not be granted the opportunity to go back to where they came from,” said Arce.

Arce also clarified that the purpose of the clearing operation is to make sidewalks passable and not to ban sidewalk vending altogether since vendors also have to make a living.

Next on Probe’s list are vendors on both sides of Osmeña Blvd. from Metro Gaisano Colon to Plaza Independencia.

After its clearing operation on Colon, only 120 of the 365 vendors were able to return. (from GCM of Superbalita/PJB, JJL)