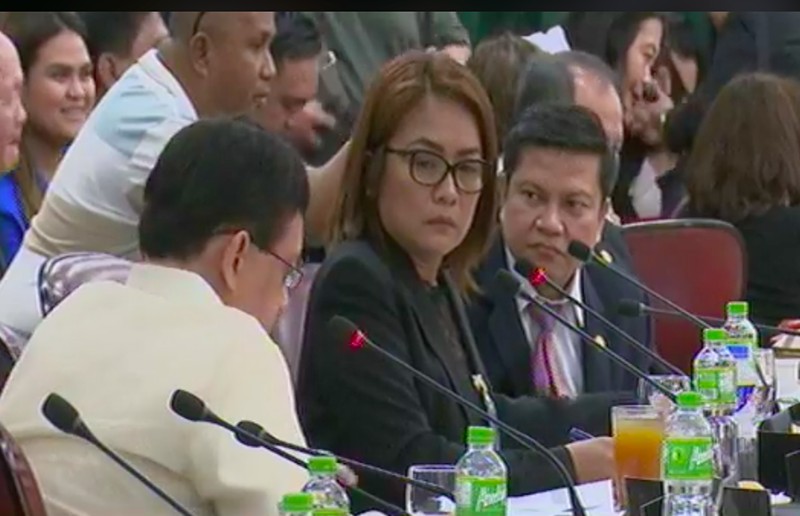 PRESIDENT Rodrigo Duterte may have been prompted to suspend all gaming operations of the Philippine Charity Sweepstakes Office (PCSO) in July 2019 upon learning that some agents operating small town lottery (STL) outlets failed to remit about P2 billion.

PCSO General Manager Royina Garma, asked on what led to the suspension during the budget hearing for her office Friday, August 23, said the President has asked her to brief him on the situation.

“I explained to him the challenges...Merong malaking amount na hindi binayaran ng mga AACs (The AACs failed to remit a big amount),” she told the House committee on appropriations, referring to the authorized agent corporations that are entitled to operate STL outlets.

Pressed on the specific amount, Garma said the collectible is about P2 billion.

The Commission on Audit (COA), in its 2018 annual audit report on PCSO operations, said P4.607 billion in PMRR (Presumptive Monthly Retail Receipts) shortfall due to PCSO remained unremitted as of December 31, 2018 in violation of the STL implementing rules and regulations.

State auditors had recommended that the PCSO intensify collection of these PMRR shortfalls "so that the same can be utilized for the various charitable programs of the PCSO."

Otherwise, the auditors said the PCSO should "suspend and/or revoke" the Authorities to Operate (ATO) and forfeit the bonds of the delinquent operators.

COA also recommended that PCSO nullify the waiver and restore the P665.2-million collectible from the STL operators, saying the "PCSO Board of Directors has no authority to condone or waive valid claims by PCSO."

The auditors further recommended that PCSO consider recalling Board Resolution No. 401-2018 and instead follow the provisions in the STL Agency Agreement because of the "undue disadvantage suffered by PCSO."

Duterte gave the suspension order in a video message uploaded on the Facebook page of the Presidential Communications Operations Office at nearly 11 p.m. Friday, July 26, 2019.

He cited "massive" corruption in the agency and ordered an investigation.

His suspension order covered lotto, STL, Peryahan ng Bayan, and Keno, among others.

The suspension of STL operations was lifted on August 22, through a video of Garma which was uploaded on PCSO’s official Facebook account.

Garma said, however, that the suspension is lifted only for AACs that are compliant with the conditions of their STL agency agreement and have been remitting the guaranteed minimum monthly retail receipts (GMMRR).

She cited four conditions that the AACs must meet.

Garma said during the budget hearing that the President had also directed her to review the implementing rules and regulations (IRR) for STL. She said she submitted the IRR Thursday.

In a separate statement, Presidential Spokesperson Salvador Panelo said the lifting of the suspension order on STL would take effect “after the publication of the implementing rules and regulations.”

The agency employs a total more than a thousand employees, including 1,074 permanent employees and 617 job order workers. (MVI/SunStar Philippines)