PNP steps up drive vs jueteng amid lifting of STL suspension 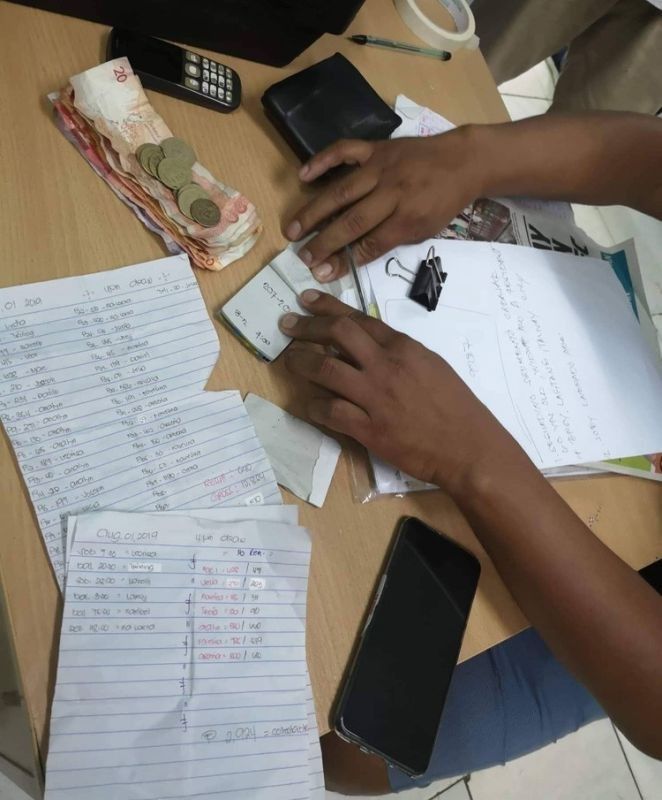 CEBU. In this file photo, police confiscate tallying sheets used in an illegal numbers game as well as cash proceeds from the game. File Photo

PHILIPPINE National Police (PNP) Chief Oscar Albayalde said on Friday, August 23, that he ordered his men to step up the campaign against illegal gambling activities, especially jueteng, following the lifting of suspension of small town lottery (STL) operations on Thursday.

Jueteng, which is illegal, is similar to STL, which is being operated by the Philippine Charity Sweepstakes Office (PCSO).

Albayalde said the Directorate for Intelligence is also taking part in the said campaign by monitoring policemen who may be involved in the said activities.

He said they earlier received information that a police official is making the rounds of police stations to promote STL.

On July 26, Duterte ordered the immediate stoppage of all gaming activities of the PCSO such as lotto, STL, Peryahan ng Bayan, and Keno due to “massive” corruption in the agency.

Over 5,000 lotto outlets were closed by the PNP but Duterte lifted the suspension on lotto on July 31.

• The AACs (authorized agent corporations) shall deposit to the PCSO a cash bond equivalent to three months of the PCSO’s share in the guaranteed minimum monthly retail receipts (GMMRR) on top of their existing cash bonds.

• Upon failure to timely and fully remit their GMMRR during the duration of operations, the AAC’s cash bond equivalent to three months of the PCSO’s share in the GMMRR shall be automatically forfeited in favor of PCSO, without prejudice to the other remedies that may be exercised by the government.

• Each AAC shall execute a written undertaking that it shall comply with its obligations under the STL agency agreement and will not institute any claims, monetary or otherwise against the government and or apply for a temporary restraining order or injunction from any court to prevent the government from exercising its rights and prerogatives.

• The STL agency agreement shall automatically be terminated upon violation of the conditions of the agreement and or any of the above conditions without prejudice to the other remedies that may be exercised by the government.

PCSO General Manager Royina Garma said STL operators need to sign new agreements in accordance with the terms and conditions of the new STL implementing and regulations before they would be allowed to operate again. (SunStar Philippines)