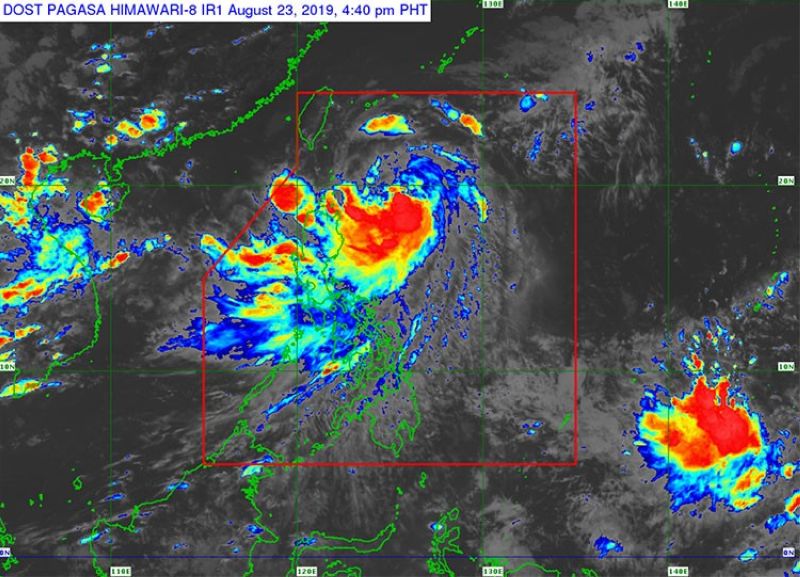 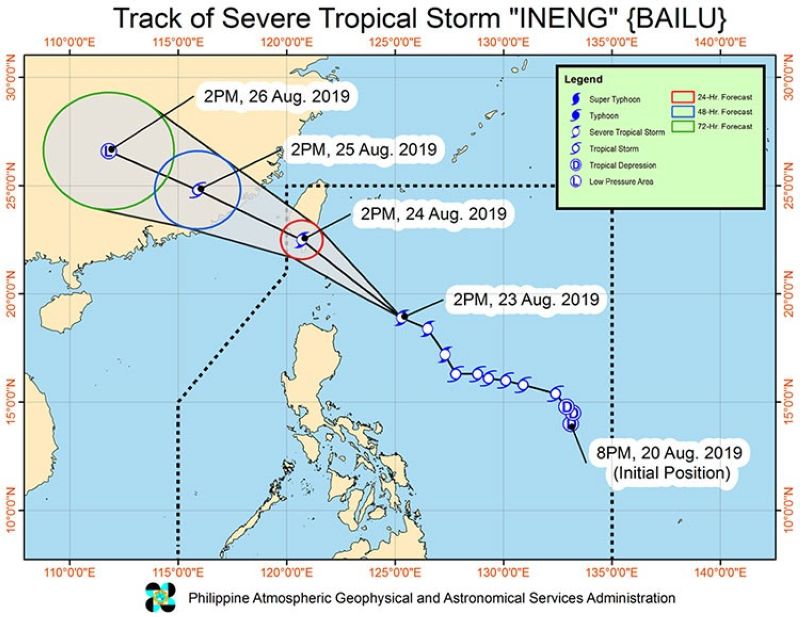 The Philippine Atmospheric, Geophysical and Astronomical Services Administration (Pagasa) said Ineng remains less likely to make landfall in the country, but it will be closest to Batanes province Saturday morning, August 24.

As of 4 p.m. Friday, the center of Ineng was located at 360 kilometers east of Calayan, Cagayan, still packing maximum winds of up to 95 kilometers per hour (km/h) near the center and gusts of up to 115 km/h. It was moving west northwest at 25 km/h.

It warned residents of areas under TCWS 1 and 2 against strong winds associated with the severe tropical storm.

On Saturday, August 24, moderate to heavy rains may prevail over Batanes and Babuyan Islands, while light to moderate with intermittent heavy rains may be experienced over Ilocos Region, Cordillera, Cagayan, Zambales, Bataan, Metro Manila, Cavite, Laguna, Batangas, Rizal, Mindoro Provinces and northern portions of Palawan (including Calamian and Cuyo Islands), it added.

Pagasa warned residents in the aforementioned areas, especially those living in areas identified to be highly or very highly susceptible to floods and rain-induced landslides, to take precautionary measures, coordinate with local disaster risk reduction and management offices, and continue monitoring for updates.

Sea travel is risky over the seaboards of areas under TCWS and the eastern seaboards of Central Luzon, southern Luzon, and Visayas due to potentially rough sea conditions, it said.