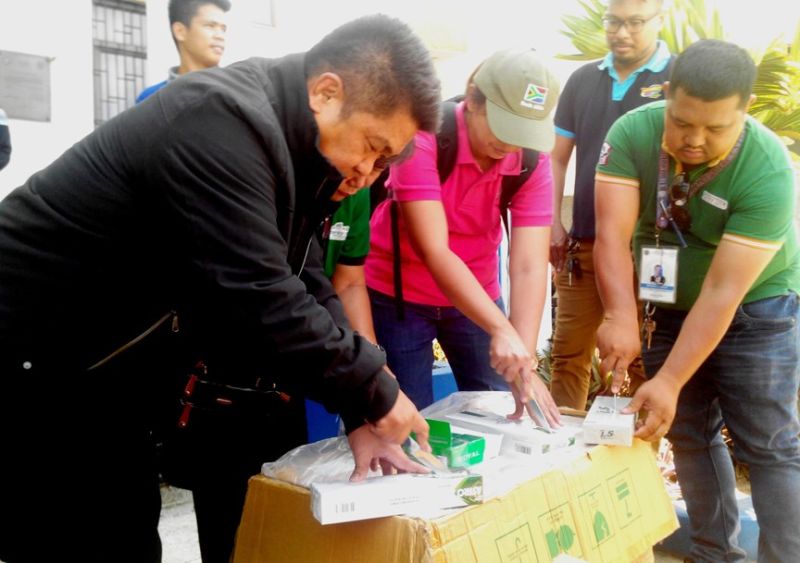 THE Bureau of Customs (BOC) and its partners agencies destroyed Thursday, August 22, some P200,000 worth of smuggled cigarettes in the local port in Zamboanga City.

Barte, who led the destruction of the cigarettes, was joined by personnel from other agencies like the Philippine Coast Guard (PCG) and Department of Trade and Industry.

He said the cigarettes were confiscated by personnel from the BOC, PCG, Port Police, and Joint Task Force Zamboanga around 6 p.m. Tuesday, August 20, aboard M/V Trishia Kerstin 1, a passenger-cargo vessel plying the Zamboanga-Basilan route via Isabela City.

He said the confiscation came after receipt of intelligence report that smuggled imported cigarettes are scheduled to arrive Tuesday in Zamboanga City via Basilan.

"The continuous support and collaboration in the implementation of the law enforcement function of different law enforcement agencies make this operations successful," he said. (SunStar Philippines)