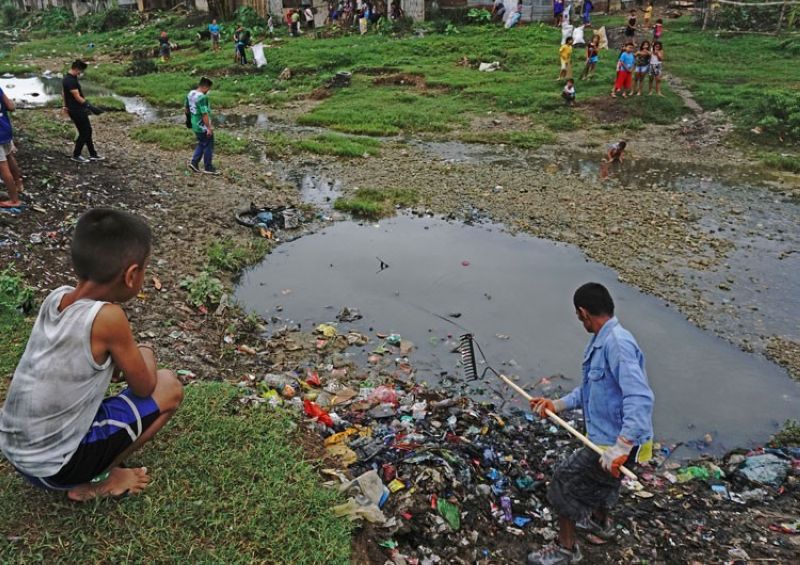 CLOSE to 34 metric tons or 34,000 kilograms of garbage were collected by employees of the Talisay City government during their first river clean at the Mananga River on Friday morning, August 23, 2019.

Employees of the Talisay City government led by Mayor Gerald Anthony "Samsam" Gullas Jr. and volunteers conducted its first ever clean-up at the city's only major river and creeks connecting it.

Participants of the clean-up mostly recovered plastic wastes along the Mananga River.

Due to the large amount of plastic waste they collected during the clean-up, Gullas said he wants to meet with the Talisay City Council for possible amendments to an existing ordinance that regulates the use of plastics in the city.

Gullas said the amendments aim to put more teeth to the ordinance and lessen the use of plastics within the city.

He believes that the indiscriminate throwing of plastics within the city was one of the factors why there are still flooding incidents in Talisay, particularly in Barangays Bulacao and Linao.

Gullas also wants to meet with the City Council regarding the activation of the City Environment and Natural Resources Office that will enforce environmental laws within the city.

The mayor also urged barangays, especially those situated near the Mananga River, to monitor the cleanliness and educate their constituents on the proper disposal of their non-biodegradable wastes.

The mayor assured that aside from the monthly river clean ups, the city will also conduct a weekly clean up of drainages and quarterly coastal clean ups.

But he also advised his constituents to avoid throwing their garbage on rivers and creeks. (from FMD of SUPERBALITA CEBU)