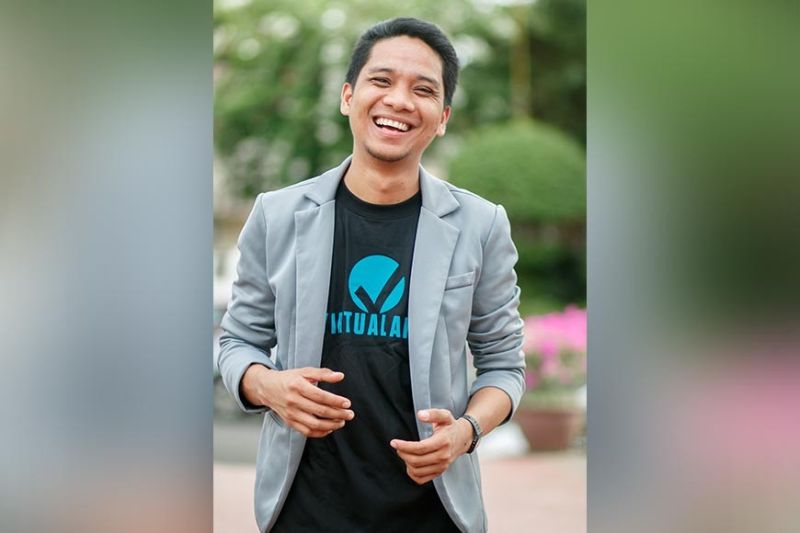 WE ARE living in a society where people diagnosed with a medical condition lose the chance to live a normal life as they experience all kinds of social exclusion and are often rejected of a job or being fired.

This reality prompted 26-year-old social entrepreneur Ryan Gersava to advocate for and empower persons with disabilities (PWDs) all over the country by founding a virtual school called Virtualahan Inc. in 2015, an organization that is working to transform the labor system for PWDs using the equalizing power of technology and a new approach to educate them.

If there is someone who completely understands how it feels to be diagnosed with a medical condition or a disability, it is him. Ryan is a licensed medical laboratory scientist who dreams of becoming one of the country’s best forensic pathologists. However, he, himself, experienced social exclusion when he was diagnosed with Chronic Hepatitis B in 2010. Life eventually changed for him but he chose to continue. When he finally become an inactive carrier, he became more passionate in building other people up.

“I was personally rejected from jobs because of my medical condition. This experience inspired me to help other people who experience social exclusion in the workplace because of their conditions or situations,” Ryan told SunStar Davao.

The virtual school he founded is continually touching and changing lives. It is currently training disadvantaged people to become online professionals and to work from home as data analysts, graphic designers, virtual assistants, web developers, and other tech-enabled jobs.

It is also trying to maximize the individual potentials of PWDs by equipping them with essential skills that enable them to become economically independent.

Since it started, Ryan said they went through a lot of challenges and failures but it did not stop them from trying until they reached their goal.

“We have to learn everything by ourselves being the pioneering social enterprise in the Philippines who do what we do. We’ve had separation with several partners and have many failed decisions along the way. We work with people who fight for their lives, so we also deal with a lot of emotional fatigue along the way, especially when we experience death within the community,” he said.

Among the greatest challenges is trying to tell the people that PWDs must be valued as integral and essential contributors to every sector, industry, and community. It was hard but he knew it will make a difference someday and will finally open opportunities for PWDs.

Ryan is one of the few who are using what society thought is a disadvantage into something wonderful. Something that would not only develop himself but the community as a whole.

He said it is already a great achievement to be a blessing to their community members at Virtualahan.

“To help them dream again and achieve things they never thought were still possible. Our greatest achievement is when our scholars send us a message when they get employed or when we see them make decisions and take full control of their lives,” he said.

To the younger generation, Ryan has a message to tell.

“The universe will truly conspire to make your dreams happen as long you’re clear and stay true with your mission. Be very resourceful and strategic in building your social enterprise and do not be blinded by the idea that you’re only successful if you get investments,” he said.