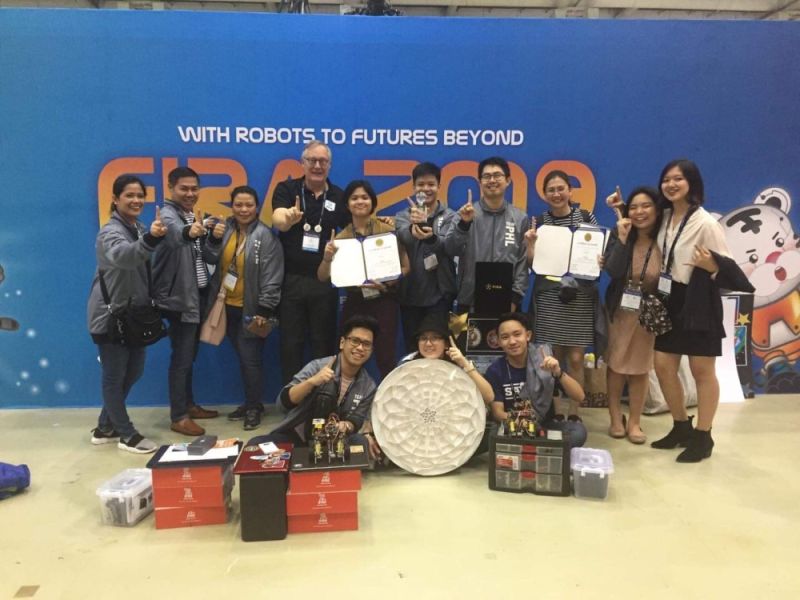 KOREA. Students from the Information and Communications High School in the City of San Fernando show the I-Parol and the awards they bagged during the FIRA 2019 World Cup and Summit awarding ceremony held at Chagwon, Korea. (Contributed photo)

ELEVEN students of a public high school in the City of San Fernando bagged the championship award in the recently-concluded FIRA 2019 World Cup and Summit for their innovative lantern-making skills.

The students from the Information and Communications Technology High School (ICT-HS) bested other participants from all over the world in the Innovation and Business category of the said competition held in Changwon, Korea.

According to Manaloto, they utilized modern technology to innovate the already-world recognized Parul Sampernandu for their entry in the international robotic tilt.

In particular, Manaloto said their group developed a mobile application that can control via a bluetooth connection with the Christmas lantern. It also has a three default music which the lights in the lantern can transition with.

“Since the lantern is fully digital, we can really personalize the lantern the way the user wanted it to be. For example, the user can actually request his or her choice of song, as well as the transition of lights from our programmer,” she explained.

Santos, for his part, said that the digital Christmas lantern dubbed as “I-Parol” is the group’s way of preserving the lantern-making industry which this capital city is known for.

She expressed hope that the use of modern technology will help encourage their fellow youth, especially Fernandinos, in sustaining and flourishing the decades-old industry of lantern-making.

“We are hopeful that through the use of technology which is very relatable to us youth, we will be able to engage them to be more active in preserving our culture and proved that we are that we are indeed the Christmas Capital of the Philippines even in this digital age,” she said.

The participants, as well as their coaches Gerald Baking, Regie Ocampo and Catherine Canlas, also expressed gratitude to Mayor Edsa Santiago, Dr. Ronnie Mallari, Dr. Shirley Zipagan, and Dr. Lawrence Agapito for their support during the training and competition.