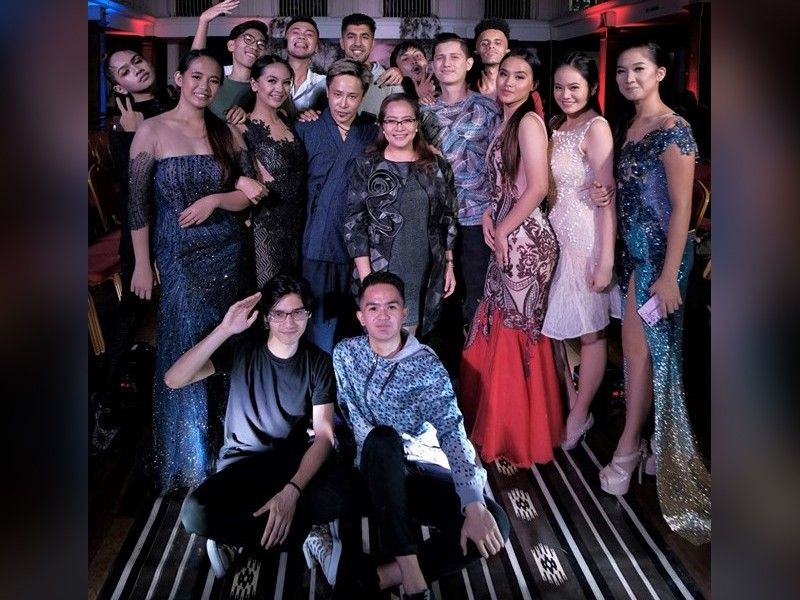 BAGUIO. With the organizers of the Baguio Fashion Fiesta headed by Joel Noah Quinto.