Ilocos Norte, Laoag and Vintar under state of calamity 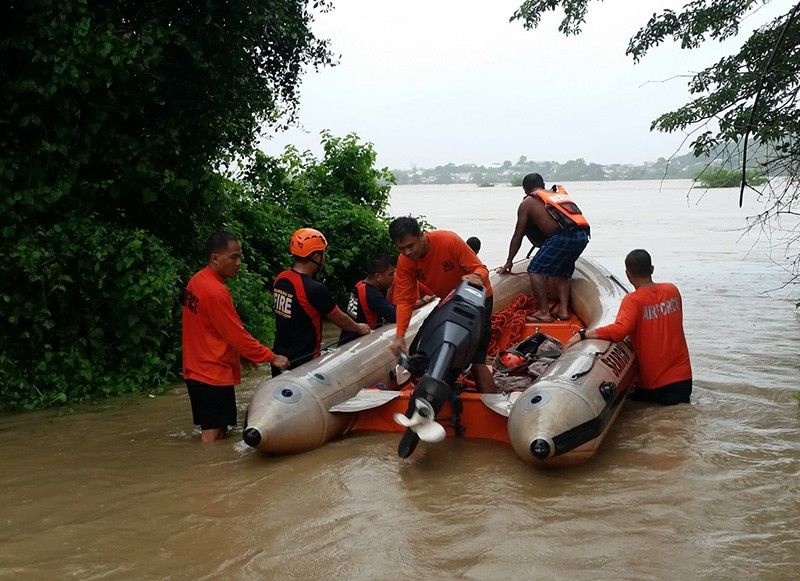 The City Government of Laoag in Ilocos Norte earlier declared state of calamity due to floods and landslides that left hundreds of families displaced.

The City Disaster Risk Reduction and Management Council (CDRRMC) reported that families from affected barangays in the city were sent to evacuation centers as well as to their relatives.

In Laoag City alone, 201 families or 738 individuals from 17 barangays were affected by the flooding and landslides as of 3 p.m. Saturday.

Some 112 families, or 418 individuals, are staying at evacuation centers, according to a report by City Disaster Relief Operation Management Information Center.

The report listed one injured individual, 34-year-old Ricky Manglanlan. It also said eight houses were destroyed while 16 were damaged.

In Pasuquin town, a teenage girl was reportedly buried by landslide that struck her home. Rescuers have retrieved her body.

Keon, together with members of the Philippine National Police and City Disaster Risk Reduction and Management Council, inspected the city particularly those areas that have been flooded due to heavy rainfall caused by Typhoon Ineng.

On Friday, August 23, a landslide reportedly occured in Sitio Ligsay, Barangay Pila that left houses damaged but no casualties were reported.

On Saturday, a tornado occured in Barangay Gabu that damaged houses. No casualties were also reported.

In Barangay Zamboanga, a man was rescued by the authorities after being stranded at Padsan River while trying to rescue his flock.

On the same day, a man was rescued after falling into an irrigation canal near the hall of Barangay 24 when he was swept away by strong currents.