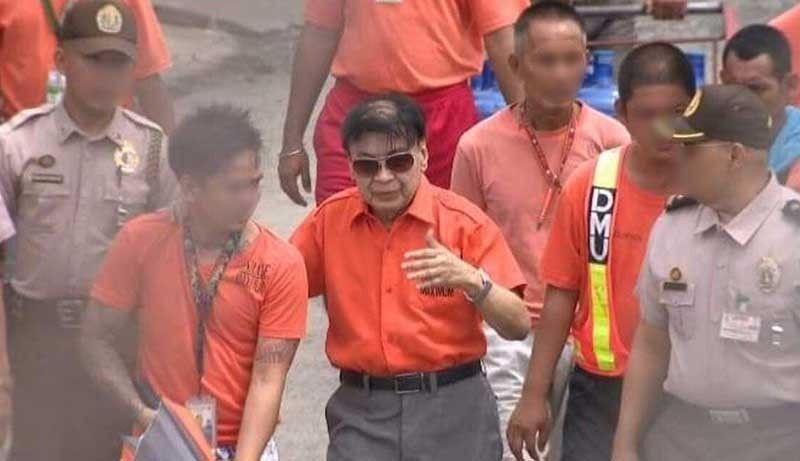 Presidential Spokesperson Salvador Panelo said it was not surprising that the President was opposed to the idea of setting Sanchez free, given that the convict was not qualified to be granted early released as provided under Republic Act (RA) 10592.

The Palace official maintained that RA 10592, which increases good conduct time allowance (GCTA) for inmates, does not cover prisoners who commit heinous crimes like Sanchez.

“I’m not surprised. Why? Because the law is very categorical that those convicted of heinous, among others, are disqualified. They’re not within the coverage of Republic Act 10592,” Panelo, who served as Sanchez’s lawyer, said in an interview.

“Magagalit siya (He will be infuriated) because if the law says he (Sanchez) is disqualified, bakit mo iko-consider (why will you even consider him)?” he added.

Sanchez on March 11, 1995 was convicted and sentenced to seven terms of reclusion perpetua or up to 40 years imprisonment for each term for the 1993 rape and murder of Eileen Sarmenta and the killing of her companion Allan Gomez.

On Wednesday, August 21, The Department of Justice announced that Sanchez is one of the 11,000 prisoners who may be eligible to be granted early release as provided under the law.

RA 10592 expands the application of good conduct time allowance for prisoners even during preventive imprisonment, as well as the number of days that may be credited for good conduct.

The law also grants additional deduction of 15 days for each month of study, teaching, or mentoring service.

The Supreme Court, in June this year, unanimously voted to allow retroactive application of the law.

Panelo said RA 10592 should be the Bureau of Correction’s guide in reviewing Sanchez’s possible release.

“The guidance should be the law. Siguro ang nangyari niyan, baka they were not able to look at the law kasi I notice also in the law, ‘yung exclusion, nasa gitna. Hindi mapapansin. Usually kasi sinasabi sa bandang huli. Baka hindi lang napansin,” he said.

(The guidance should be the law. Perhaps, they were not able to look ar the law because I notice also in the law, the exclusion is in the middle part of the law. It’s not noticeable. Usually, exclusions are placed at the end so perhaps, they did not notice it.)

“‘Ever since, sinasabi natin (we are saying), if what the law is will always be the law. Dura lex sed lex (It is harsh but it is the law). The executive cannot oppose or abet the law. We will execute it,” he added. (SunStar Philippines)