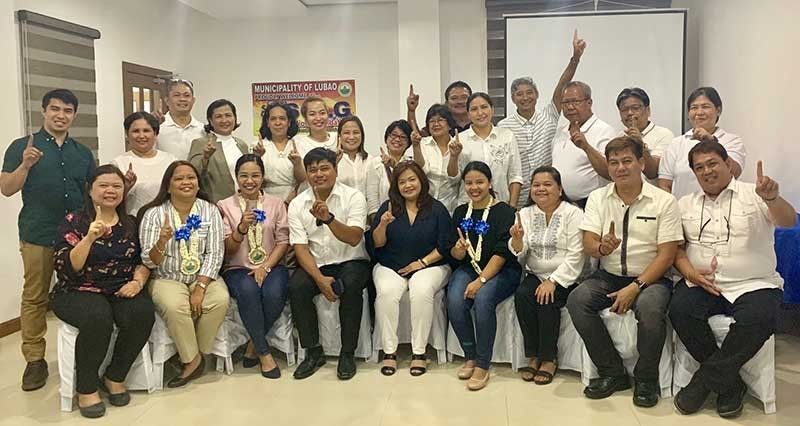 THE local government unit in Lubao hurdled the final validation for the Seal of Good Local Governance (SGLG) award this year.

National validators Debra Lynn Romero and Rubina Jane Garces, both local government operation officers V from Western Visayas, scrutinized the documents and the established systems of governance in the municipality.

The assessment and evaluation was held at the Conference Hall of the new municipal hall where department heads, particularly of critical offices, were interviewed regarding initial documents submitted for the annual award.

SGLG is the award given by the Department of the Interior and Local Government for LGUs to perform better and efficiently deliver basic services to their constituents.

The award was institutionalized with President Rodrigo Duterte’s signing of Republic Act (RA) No. 11292 or the SGLG Act.

The SGLG is an award, incentive, honor, and recognition-based program for all LGUs and is a continuing commitment for LGUs to continually progress and improve their performance in ten key governance areas.

In 2018, 17 provinces that got the Seal were each conferred P7-million DILG Performance Challenge Fund (PCF) to be used for local development projects. Thirty-nine cities that bagged the Seal each received P5.1-million PCF, and 207 municipalities each had P3.2-million PCF.

The result of the evaluation will be forwarded to the national selection board for final judgment, the validators said.

In her response, Mayor Esmeralda “Esmie” Pineda praised the municipal officials and department heads, including the former mayor and now Board Member Mylyn Pineda-Cayabyab, for their work that led to the numerous awards in the past.

Mayor Pineda said the people of Lubao benefit tremendously from the LGU’s effort to win the SGLG every year.

“The SGLG only gives awards to those who are improving their services to the people. In that sense alone, constituents of those gunning for the award are already at the winning end. Then, once the award is given, the LGU could undertake additional project from the PCF,” the mayor explained.

The mayor also challenged the municipal officials and employees to further their services to the public whether or not there are awards on the line.

“It is our sworn duty to serve the best way we can. Awards should just be additional motivations for us,” Mayor Pineda said.