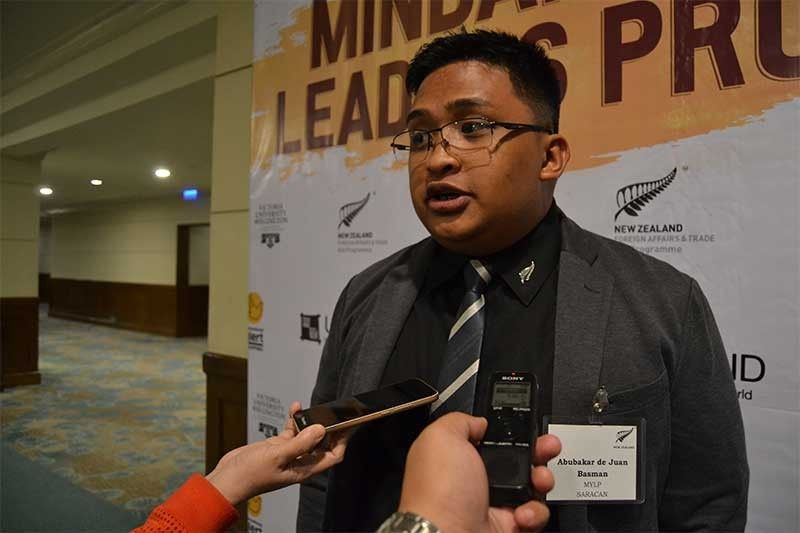 DAVAO. Abubakar de Juan Basman plans to have a youth early response network after the MinYLP. (Photo by RJ Lumawag) 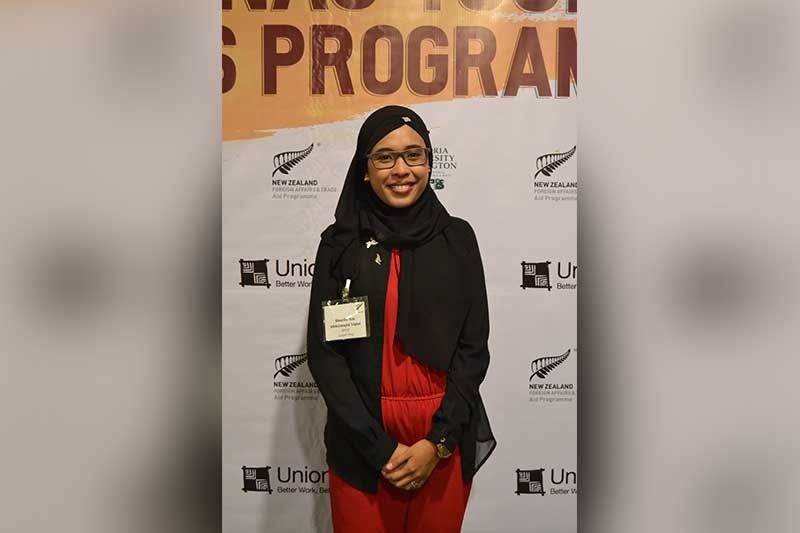 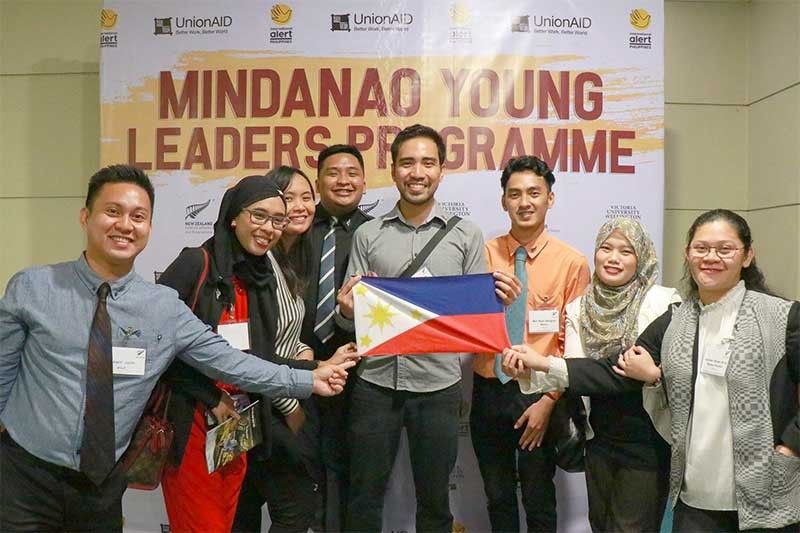 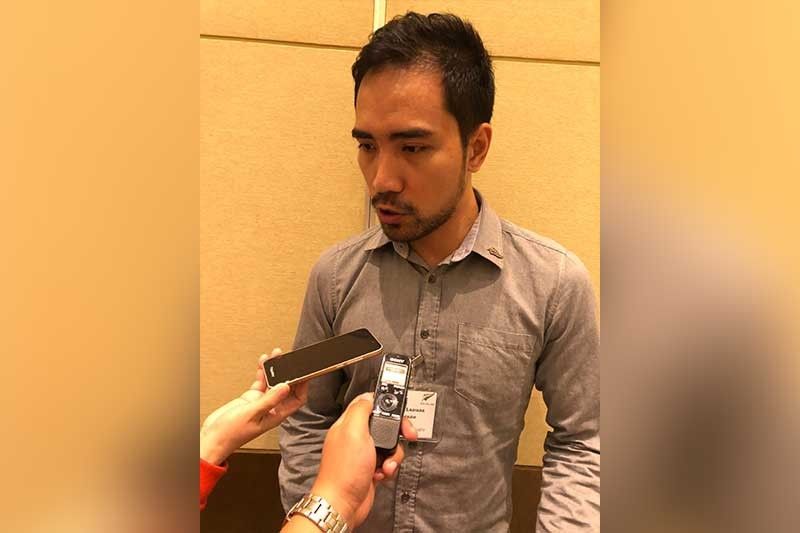 DAVAO. Hilton Lanuza Soberano, club manager of the Davao Durians Rugby Football Club, hopes to learn how he can use sports for development and peacebuilding in Mindanao. (Photo by RJ Lumawag) 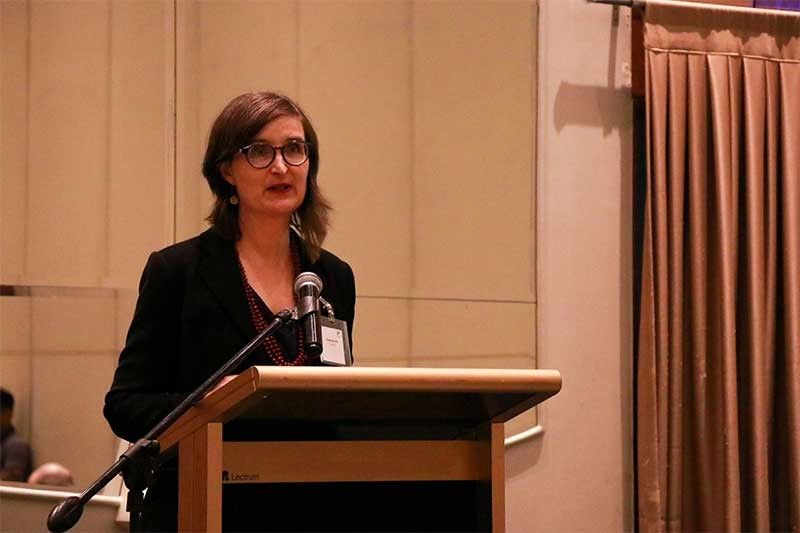 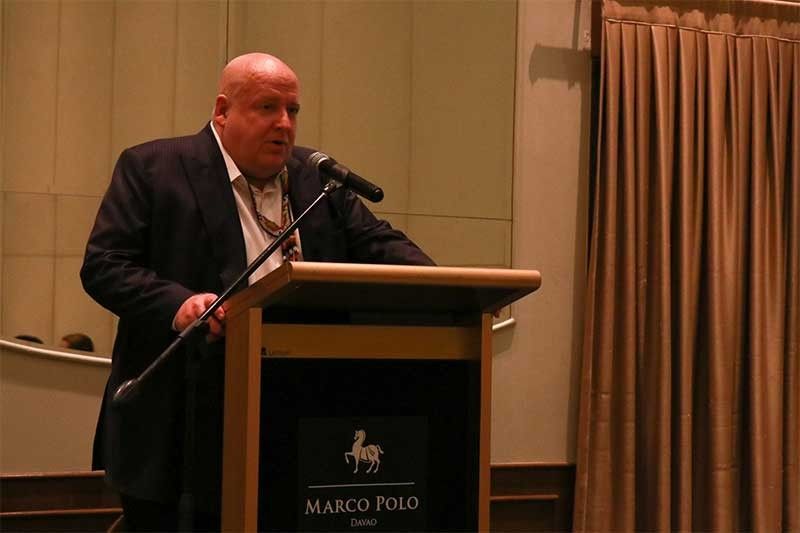 DAVAO. David Strachan, New Zealand Ambassador to the Philippines, during the send-off ceremony of MinYLP delegates at the Marco Polo Hotel Davao on August 20, 2019. (Photo from International Alert Philippines)

“Ang kabataan ang pag-asa ng Bayan. (The youth is the future of the country).”

THE quote has been used over and over again that it has become cliché. However, we all have to agree that this statement by Rizal gives us the realization that there is a need to capacitate and develop the young leaders who will soon lead the country.

While New Zealand is over 8,000 kilometers from the Philippines, it has opened opportunities for the Mindanao youth to learn and develop their leadership skills from them under the Mindanao Young Leaders Programme (MinYLP), which is supported by the New Zealand government and managed by UnionAID in collaboration with International Alert Philippines and Victoria University of Wellington.

“Each year we are going to take eight to 12 young leaders down to New Zealand. We are doing this because [they] are agents of change,” David Strachan, New Zealand Ambassador to the Philippines, said during the send-off ceremony of MinYLP delegates at the Marco Polo Hotel Davao on August 20, 2019.

Out of 130 MinLYP applicants, eight Mindanawon youth leaders have been selected to be part of a four-month bespoke leadership.

“These young men and women can learn from what the best of New Zeland has to offer and share these solutions for the development of Mindanao,” Strachan said in a separate statement.

Prior to her participation in the MinYLP, Sharifa Ain Abdulmajid Lipae is a project officer of Lupah Sug Bangsamoro Women Association Inc.

“I am focusing on women and youth empowerment because I believe this can help elevate us in poverty, which is one of the main problems that people suffer in Tawi-Tawi,” Lipae, who completed a four-year course in agricultural education in crop science at the Tawi-Tawi Regional Agricultural College, said.

She said as the project officer, she helps women traders in processing raw materials that can be value-added and exported to Malaysia and Indonesia.

“Tawi-Tawi is rich in natural resources that we can use to make export-quality products,” Lipae said.

With the help of International Alert Philippines and Lupah Sug Bangsamoro Women Association, Lipae is equipping the women with the skills they need to improve their products. Currently, the women have skills in weaving, fish processing, and making chili paste.

“I am interested to learn how the New Zealand government supports its women and youth like how they...provide assistance in capacity building and skills training, especially those who have not completed school,” Lipae said.

When she returns in Tawi-Tawi, Lipae hopes to create a project that will capacitate the women and youth in the area on entrepreneurship, leadership, and developing linkages.

After being part of the white helmet volunteer rescue group during the Marawi Siege in 2017, Abubakar de Juan Basman hopes to acquire knowledge of strategies and mechanisms on disaster risk mitigation and in effectively responding to, resolving, and preventing conflict.

The white helmets, which was formalized into the non-government organization Search and Rescue Association Citizen Advocates for Non-violence (Saracan), provided rescue, retrieval, and relief operations during the siege. Basman was among the many volunteers who help save 1,700 lives.

He said the MinYLP gives him the opportunity to improve his skills.

He added that there is a need for the youth to be more engaged in disaster preparedness.

Basman added that because their area is vulnerable to violent extremism, there is also a need for them to develop skills on conflict resolution and diplomacy.

“As my Change Project, I plan to have a youth early response network where there will be a series of camps to each municipality [in the province],” he said, adding that while there are many camps on leadership, there are not much on disaster preparedness.

Through the camp, the participants will be able to learn basic life support, disaster preparedness, and conflict resolution.

Meanwhile, Dabawenyo Hilton Lanuza Soberano, club manager of the Davao Durians Rugby Football Club, hopes to learn how he can use sports for development and peacebuilding in Mindanao.

Aside from leading the club and being a coach, Soberano also teaches the young athletes of the club on how to lead the younger participants.

“In the club, we have been working on youth participation and community building. When I applied here (MinYLP), I was exposed to the different issues in Mindanao. [I realized that] sports is one platform that we can explore to help in peace efforts and development,” Soberano said.

Since the club has been established, Soberano said they have been advocating for the right to participate of everyone in playing supports.

“It (sports) is being used in several countries [as a platform for peace] and it is effective. When I go to New Zealand, I want to know ano mga skills, techniques, and tools na ginagamit nila to use sports as platform peacebuilding and development,” Soberano said.

He said his initial plan for his Change Project is to organize a caravan that will have those living in far-flung areas participate in sports.

“Sports kasi innate for us to play. Using sports as a platform [for peace] to include different groups, mawawala ang barriers,” Soberano said, adding that he hopes to tap the Philippine Sports Comission for this project because they have a similar project on this.

Alexandra Hill, programme manager for MinYLP, said the delegates will be exposed to different institutions, ideas, and different ways of thinking.

“[They may] then apply those and think how is this going to work in their own context,” Hill said.

“It is going to be a combination of classroom teaching, theoretical work with academics, and workshops,” she said.

Hill added that the delegates will also visit different institutions in New Zealand like the Parliament and the non-government organizations, where they can have peer to peer exchanges.

She said the delegates will also be given mentorship on their specializations by experts. The program culminates with a project proposal for their “Change Project” when they return to Mindanao.

In a separate statement, International Alert Philippines Country Manager Nikki de la Rosa said in a statement that “the inputs and experiences that the participants will gain in-country and in New Zealand will strengthen their participation in addressing issues faced by their sector, especially those vulnerable to the influence of violent threat groups.”

“New Zealand is committed to do what it can to support peace and stability in Mindanao. We recognize the pivotal role youth play as agents of change,” Strachan said.