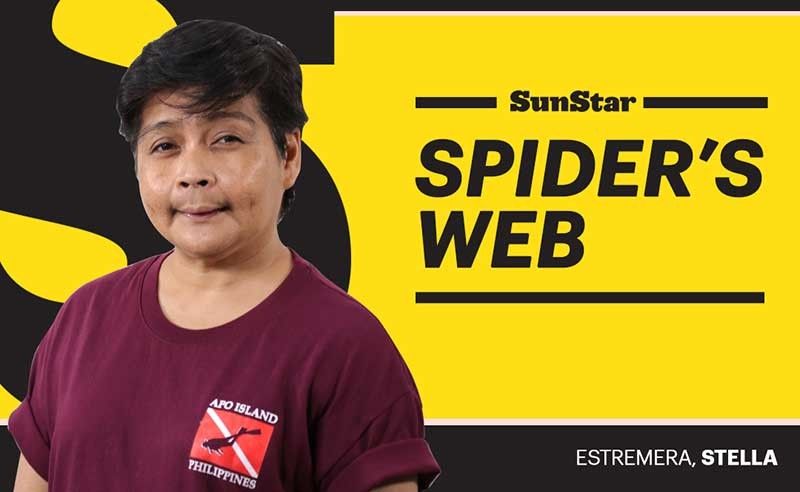 IT CRACKED me up when in a conversation with a friend, she described something as “amoy Katoliko” (smells Catholic) and I knew exactly what she meant.

The description was precise, as memories flooded us of our separate but similar childhood. The smell of the “poon” (statue) that our mothers would make us kiss while lifting as up as toddlers so we can reach the hand or the feet of the statue on a pedestal. That would be the Black Nazarene, the Sacred Heart or Mama Mary most of the time. Before or after us would be an old lady wearing a long lace veil wiping the poon’s feet with a handkerchief that also smells “Catholic”.

So what have we agreed on as “amoy Katoliko”? It’s very similar to the perfume of our lola’s abaniko (fan). A hint of lavender mixed with the musty smell of being kept in a handbag full of stuff including pressed powder, a rose-scented wooden rosary, and coins plus a whiff of burning candles and incense from the church surroundings. Yes, that odd mixture of scents that bring you back to those days when women still wore veils when praying in church.

Then there is the smell of a Buddhist/Taoist temple. That would be the smell of sandalwood incense with a whiff of floor wax from the well-buffed wooden floor.m

A July 2018 science news reported of a new study by neurobiologists of University of Toronto identifying a mechanism that allows the brain to recreate vivid sensory experiences from memory, shedding light on how sensory-rich memories are created and stored in our brains.

In the study published in the journal Nature Communications in that month, the scientists “found that information about space and time integrate within a region of the brain important for the sense of smell known as the anterior olfactory nucleus (AON).”

In this region of the brain, the study says, the sense of smell combines with sense of space and time such that a what-when-where memory is brought forth.

Thus my friend and I, while we grew up in different places and did not know each other as children associated certain odors with specific places simply because the practices in these places follow a norm.

In the Catholic church, there will always be candles burning and a whiff of incense from a mass just ended on top of perfumes of elder women that most of the time smell of lavender or rose. While Buddhist or Taoist temples will always have incense sticks burning.

Then we have memories associated with newly-cut grass, the smell of rust of a jeepney’s hand bars, the perfume of someone we once held dear, and yes, Vicks Vaporub. What Filipino child doesn’t know this smell and the care we associated with its application, whether on our chest, our soles, or melted in hot water for us to inhale the steam.

Then there is “amoy Christmas”. The odor of pickles, canned fruit cocktails, and apples. Of course, “amoy Davao” will be durian, marang, and pomelo combined.