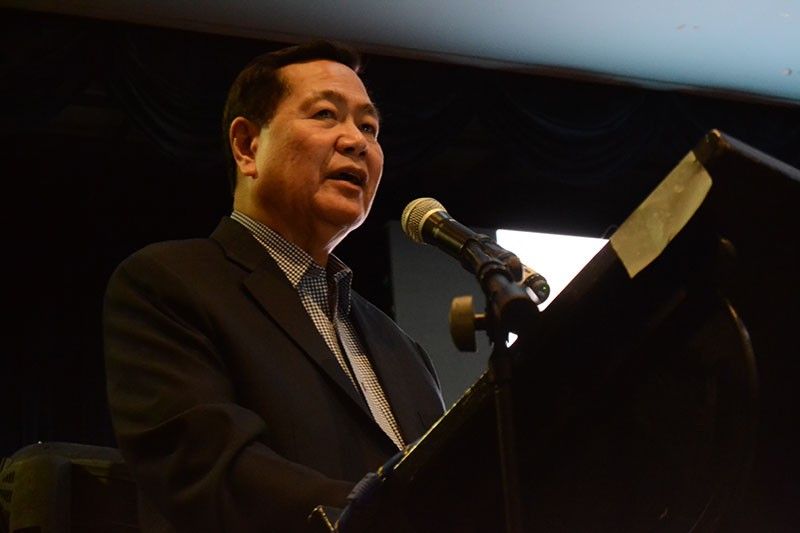 SUPREME Court (SC) Senior Associate Justice Antonio Carpio warned that the code of conduct on the South China Sea is a “trap”.

Carpio, during a speaking engagement at the Ateneo de Davao University (Addu) on Friday, August 23, said China will only sign the code of conduct once the reclamation of the Spratlys Island and the Scarborough Shoal (Panatag Shoal) will be fully completed.

He said the Philippines and China signed the 2002 Declaration on the Conduct of Parties in the South China Sea, wherein the two countries will formulate and develop the conduct.

“It’s been 17 years. We have not finished everything,” Carpio said.

President Rodrigo Duterte, previously, said he is pushing for the finalization of the code of conduct to prevent escalation of tension in the disputed waters.

But, Carpio said China’s move of not signing the code is a strategy to “legitimize their artificial island”.

“It’s a trap. I don’t know why the President wants it signed,” he said.

He also said, “China needs to build anything on Scarborough Shoal so they can declare air defense. They need it to control physically the South China Sea”.

Meanwhile, the SC official said he is not expecting that the Association of Southeast Asian Nations (Asean) will have a consensus on the issue of the West Philippine Sea.

“Asean has a weak position in the South China Sea dispute as far as it is concerned,” Carpio said.

While, he said all member countries, including the Philippines, are pushing for the settlement of the dispute in a peaceful manner, he said countries like Cambodia and Myanmar are “close” to China.

He added Cambodia gets investment and economic aid from China.

Duterte and Carpio, previously, had exchanged tirades on their stand in the West Philippine Sea dispute.

However, Carpio said he agrees that the country is not ready to wage war against China.

“You cannot go to war. We must do that through peaceful means that means negotiation, arbitration, and diplomacy. Even in the UN charter, war has been outlawed. You cannot settle a dispute, maritime or territorial, by going to war. War has never been an option,” he said.

However, he said China should respect the United Nations Convention for the Law of the Sea (UNCLOS), which is the rule of law of law on maritime space.