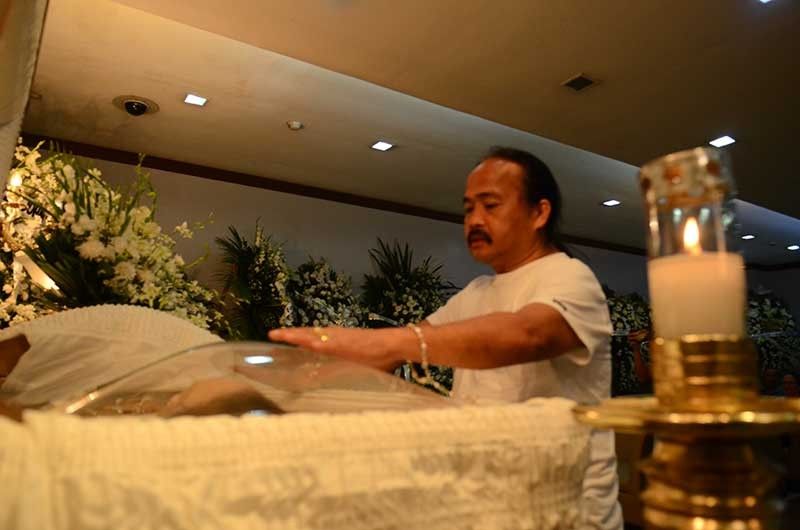 SAYING FAREWELL. Allan “Goliat” Nacorda, Julian Daan’s long-time creative partner and half of the popular comedic duo “Teban and Goliat,” could not believe that the man whom he called Papa Django was gone. Nacorda was first heard in one of Daan’s radio dramas, “Teban Loves Lorna,” back in 1980. (SunStar Photo/Alan Tangcawan)

THE late Talisay City councilor and well-known radio and stage personality Julian “Teban” Daan will be buried in Talisay City on Saturday, Aug. 31, 2019.

But before Daan is laid to rest, fans and supporters will have a chance to pay their final respects at the Cebu Provincial Capitol on Monday, Aug. 26.

Lester Daan, one of Daan’s two sons, said a one-day wake will be held at the Capitol

Social Hall. Daan was a Provincial Board member for 18 years.

On Tuesday, Aug. 27, Daan’s body will be brought to his house in Barangay Tabunok, Talisay City.

On Saturday, Daan’s remains will be brought to the St. Joseph Parish in Barangay Tabunok for the requiem mass and to the Talisay City Hall for a short dedication organized by city employees and his colleagues.

After the activity, Daan’s remains will be brought to a private cemetery in Barangay Cansojong for the burial.

For some of Daan’s fans, the late councilor’s antics on the radio had been a fixture in their daily lives.

Anita Tuban, 63, a resident of the City of Naga, said she visited Daan’s wake last Thursday, Aug. 22, to pay her last respects.

Tuban said she had been a fan of Daan since she was in her teens and related that the late comedian’s radio dramas had been sources of enjoyment for her family.