P6.5M worth of illegal drugs seized in less than 24 hours 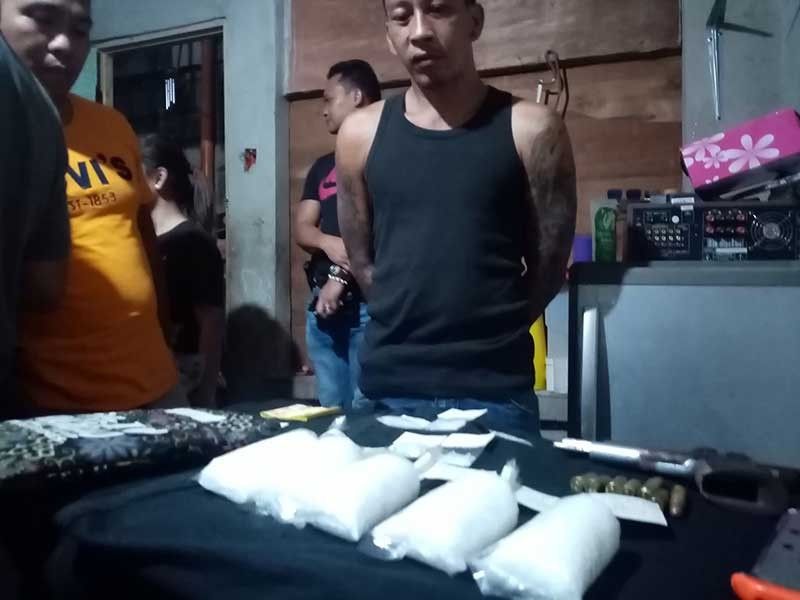 AROUND P6.5 million worth of illegal drugs has been recovered in three separate drug busts in Cebu City since Friday night, Aug. 23, 2019.

Abadiez admitted that another person paid him thousands of pesos to store the drugs in his house. He said he agreed to the arrangement so he could earn extra since he quit his work as a forklift operator to concentrate on his “pisonet” business at home.

Abadiez also provided police with information on his suppliers, who will be the police’s next target.

At 4 a.m. on Saturday, Aug. 24, operatives led by Albotra conducted another buy-bust on L. Flores St. in Barangay Pasil, which resulted in the arrest of Jessie Chris Inoc Tura, 33.

Recovered from Tura were one large pack and four medium packs of suspected shabu with an estimated value of more than P1 million.

Suspects whom police arrested in past operations had mentioned his name.

But Tura denied the allegation that he supplied illegal drugs to pushers, adding that big-time sellers would leave their drugs at his home in exchange for P3,000.

Later that day, at 2:25 p.m., the Waterfront Police Station arrested Alvin Barrientos, 38, of Minglanilla town, and Whimsey Bayang, 20, of Barangay Guadalupe, during a buy-bust on Industry St., Barangay Tejero.

Police recovered 13 large packs of suspected shabu worth more than P2 million from the two men.

Information they received three weeks ago led police to the two men. (from AYB of Superbalita Cebu/JKV)