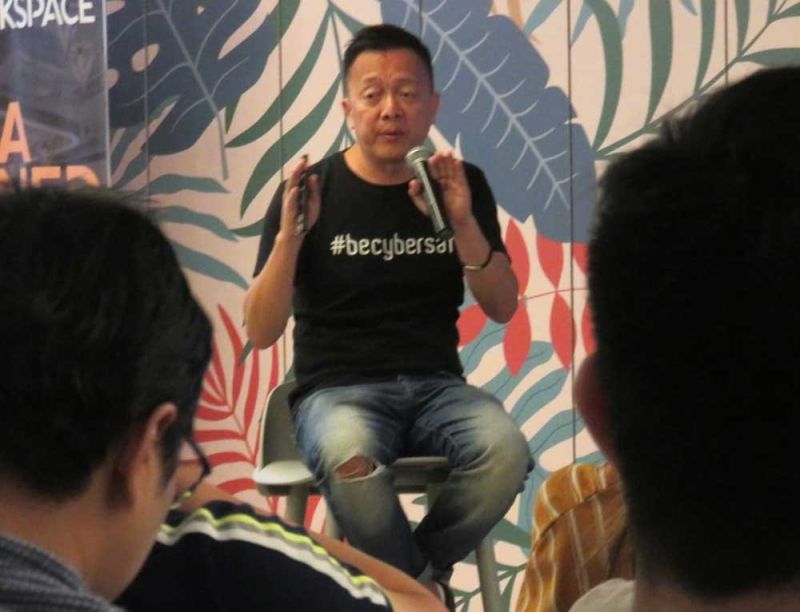 BRANDING: Rudy Villar talks about branding. He was one of the speakers at the Internet and Mobile Marketing Association of the Philippines’ general membership meeting held during the aBaiCon INfest series held at KMC Solutions at the Cebu IT Park on Friday, Aug. 23, 2019. (SUN.STAR FOTO / ALLAN CUIZON)

BEING home to among the world’s heavy internet users, the Philippines could see further growth in digital marketing as the population shifts to online media consumption.

Dennis Perez, president of the Internet and Mobile Marketing Association of the Philippines (Immap), said the digital space has continued to evolve and disrupt several industries.

The digital economy, he noted, is potentially disrupting a lot of companies whether small or big and the need to adopt the virtual medium is rising among them.

Perez, who is a media director at Unilever Philippines, believes the country’s heavy social media usage should push businesses to invest in digital marketing to broaden their market reach.

Immap is now looking into establishing a presence in Cebu to engage more companies in the digitalization push.

Aye Ubaldo, executive director at Immap, said part of the plan is to create a Cebu chapter for the association, citing Cebu’s edge as a hub for business in southern Philippines.

“We are engaging professionals and companies engaged in digital marketing to maximize their business goals,” she told SunStar Cebu Friday, Aug. 23, 2019, in an interview at the group’s first general membership meeting held in Cebu City.

But while the opportunity to grow digital marketing consumption in the country is there, Perez cited the internet infrastructure as one of the challenges hampering the industry.

“We have one of the slowest internet and most expensive in the world,” he said.

Despite this challenge, the country’s 75 million internet users and its youthful, tech-savvy population are giving a boost to sustain the growth of digitalization.

The emergence of internet giants like Google and Yahoo! has changed the way the internet is used in marketing.

Perez said web and mobile are increasingly accounting for a significant share of advertising spending in the Philippines in industries that are particularly targeting the tech-savvy and mobile population.

Web marketing in the Philippines has taken off and is on a growth spurt, according to Imaap.

The interactive or digital media possesses a wealth of opportunities for marketers to communicate directly with their customers.

Perez cited Filipinos’ digital creativity as an edge in further harnessing the potential of online marketing.

That is an area the group wants to further develop in Cebu, where they see the potential of bringing more businesses into the digital space.

Immap is a group of digital marketing professionals in the country, with a focus on harnessing the opportunities in internet and mobile media.