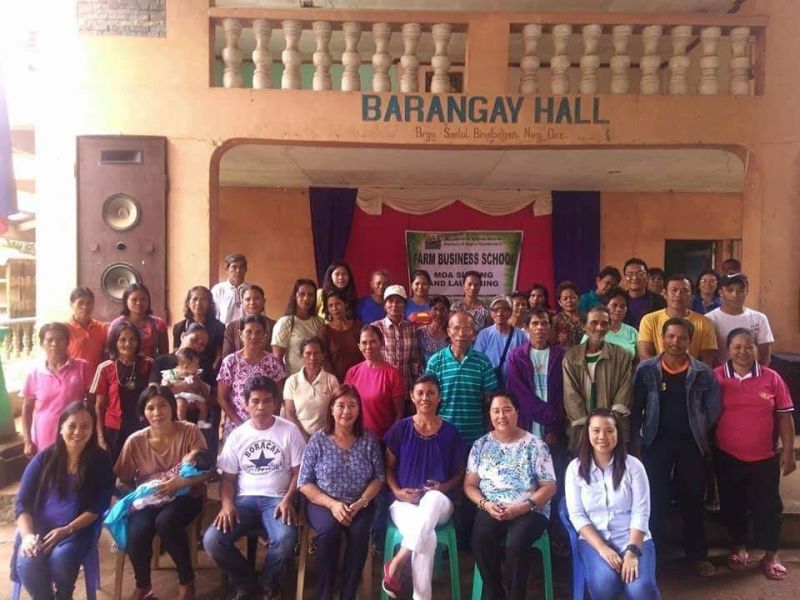 IN A bid to boost the entrepreneurial skills of farmers of Barangay Santol in Binalbagan town, the Department of Agrarian Reform (DAR) in Negros Occidental - South launched a farm business school (FBS) program on August 22.

This project is a joint venture of the DAR and local government unit through its Municipal Agricultural Office.

They signed a Memorandum of Agreement (MOA) to help the farmers of Santol Agrarian Reform Association (Sarba) increase their income.

The FBS aims to teach the participants on different farming methods, create market linkages, and increase their capability in farm business management to make their farms more profitable and sustainable.

Covering 25 training sessions which will be conducted by FBS facilitators in two to three months, the project will benefit at least 30 farmers of the agrarian reform beneficiaries organization (Arbo).

As an organization, the farmer-members produce crops that include sugarcane, corn, rice, root crops and vegetables. They are also engaged in livestock and poultry production.

"Although, Sarba is a new organization, it was one of the recipients of the Community-Managed Potable Water, Sanitation and Hygiene in October last year," DAR-Negros Occidental II said.

Capacitated through trainings and seminars conducted by the DAR such as organizational development, leadership and values re-orientation, strategic planning, operational planning and parliamentary procedures, the group has proven that they are committed to invest their time and effort to participate in ventures that will uplift the lives of their families and their community, it added.

Binalbagan Mayor Alejandro Mirasol, who spoke at launching, urged farmers to "take all the learnings, not only absorb them but put them into good use for the future of your community."

Villaruel assured the ARBs that the implementation of the program does not only end at land distribution. Rather, it continues in provision of support services and legal aid to those in need.

"Enrollees should complete all 25 sessions, apply those learnings to their farms, be successful and become the model to other barangays not only in the municipality but in the entire province as well," she challenged the farmer-beneficiaries.