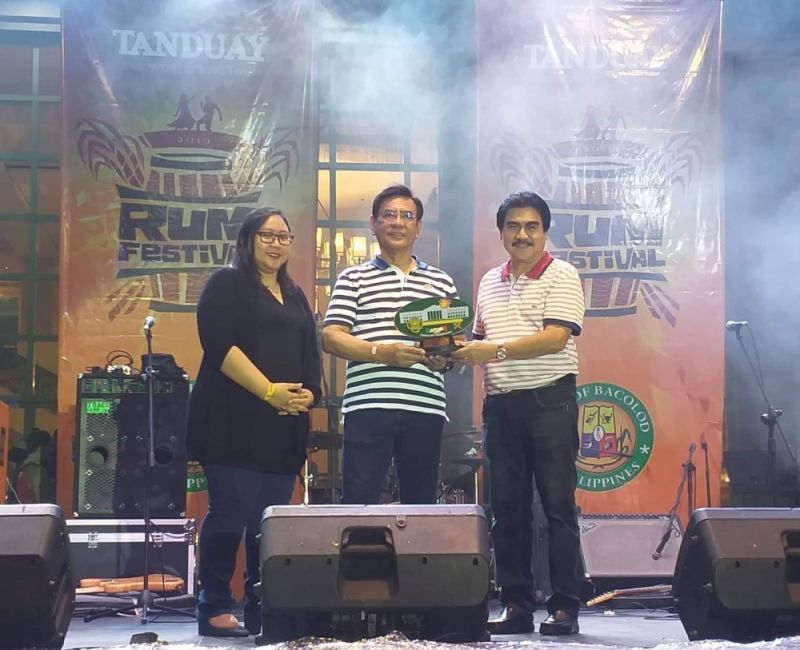 CONSIDERING the number and quality of the festivities as well as the volume of revelers in Bacolod City, Mayor Evelio Leonardia said Bacolod can already be called the festival city of the Philippines.

Leonardia, on the sidelines of the closing activity of the eight-day festival held at the New Government Center on Saturday, said as far as he is concerned, Bacolod City has the most number of festivals in the country so far.

The city currently hosts six festivals such as the MassKara Festival held every October, Bacolaodiat in January, Diwali in November, Chicken Inasal in May, Halandumon in June, and the just-concluded rum festival.

So practically, there is a variety of festivals every two months, the mayor said.

"We have seen that festivals grow here because of the nature of our people. We are fun-loving, we know how to enjoy life and we know how to organize," he said, reiterating that Bacolod is a natural habitat of festivals.

Citing the successful rum festival, Leonardia said Tanduay and its partner-organizations have seen the potentials of the city.

The city official said aside from its business aspect, which is growing by leaps and bounds, Bacolod is a festival grower.

"The city, like a soil, can really grow a seed of festival," Leonardia exclaimed as he hoped that "this will continue and eventually we will be known as the city of festivals in the Philippines."

The mayor said hosting of the rum festival is a significant and proud moment for Bacolod City.

Rum is an international commodity, anywhere in the world there is rum. In fact, other countries also celebrate rum festival, he said.

Leonardia said the rum festival could actually be held in many other places because rum is "generic" in the lives of the Filipinos.

"But we are grateful for the realization that it should be given attention here because rum is derivative from sugar and considering what sugar has done to our lives," Leonardia said.

"This part of the country grew and develop because of the sugar industry thus, it is fitting to celebrate it here," he said, adding that though Bacolod is already sophisticated and diverse sugar will always be part of its existence.

Meanwhile, one of the activities during the closing of the rum festival was the Street Dance Fitness Competition.

The "Unkabogable Moms" from Barangay 35 in Bacolod City was the grand champion. They received P35,000 in cash prize.

The celebration was capped by an after party featuring performances of Sandwich and other local bands.

The city hopes for a bigger rum festival next year, which will be celebrated every third week of August by virtue of an ordinance.