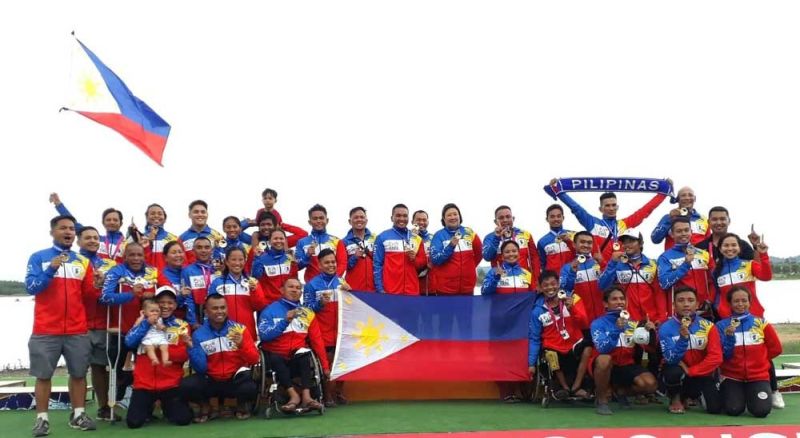 FROM its humble beginning in Cebu, the Philippine Accessible Disability Service Inc. (Pads) has finally reached the pinnacle of dragonboat racing.

Pads clocked 54.037 seconds to win the PD-2 Open crown in the 200-meter category. The Cebu-based team claimed the second gold medal in the PD-1 Open division after clocking in 54.173.

The PD-1 category was a competition for the all-PWD crew, while the PD-2 was mixed with PWD and abled paddlers.

The feat put the Pads on the record books as the first PWD champions in the 200m race. The PWD category was only in the world championships this year.

“Dreams do come true,” beamed Pads executive director and founder John Paul Maunes, who formed the team in 2016 with the goal to help PWDs get engage in adaptive sports.

Since the team’s formation, the Pads has been making waves in local races and even in international competitions, having won the gold medal in the International Para Dragonboat Championships in 2017 and 2018.

“All our hard work paid off. Our PWD paddlers have gained the respect they deserve,” said Maunes, adding that the team has gotten the attention of co-paddlers and the media covering the world championship.

The team was competing in the 500m open at press time.

Pads trained twice a day for the world championships and underwent a strength and conditioning program under Dr. Lohindren Adorable.

“It’s really a humbling journey for us,” he said.

Pads had 34 personnel on its first-ever world championship stint.