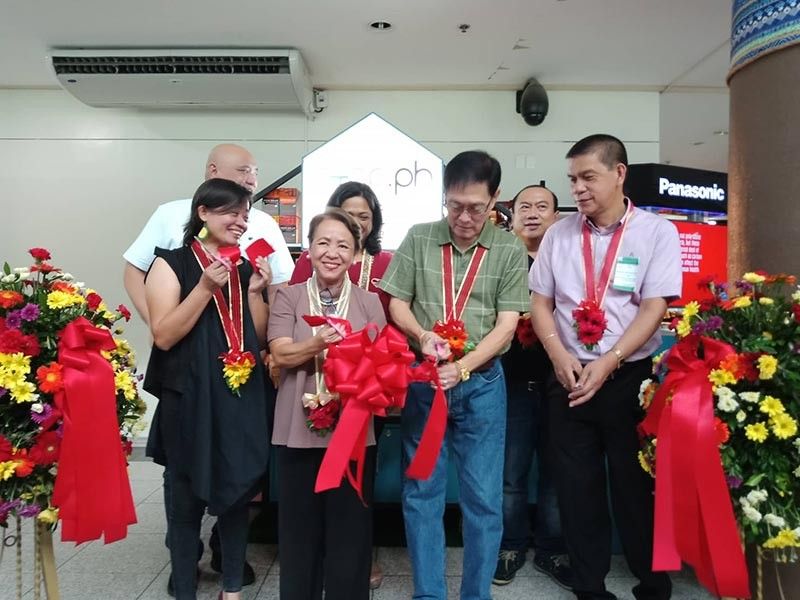 One Town One Product (OTOP) Hub Philippines opened at the Francisco Bangoy International Airport (Davao Airport) last August 23, 2019 to be another market platform for the micro, small, and medium enterprises in Davao City. (Photo by Lyka Casamayor)

ONE Town One Product (Otop) Hub Philippines opened at the Francisco Bangoy International Airport (Davao Airport) to be another market platform for the micro, small, and medium enterprises (MSMEs) in Davao City.

Last August Friday, August 23, 2019, a launching ceremony was held and attended by officials from the Department of Trade and Industry (DTI), City Council, Food processors Association of Davao City (FoodPAD), and other stakeholders.

"The intention of Otop is to give another platform for the MSMEs to market their product. Unlike Go Lokal where products are already high-end, we would like [to give opportunity also ton] new products here which are not yet that advanced in terms of packaging and others. We want to help them," DTI-Davao regional director Maria Belenda Q. Ambi told reporters during the event, adding that the space is free for MSMEs.

She added that the target of this program is really the international airports around the country because of the "traffic of people", both locals and tourists, who are potential buyers of the products.

Also, the program targets balikbayans that are hoping to purchase local products that they can bring outside the country.

"For Davao, we identified Davao Airport which the negotiation took a while. Last year, we already started the negotiation for the space but it was only now that it was approved by Civil Aviation Authority Philippines (CAAP)-Davao region," she said.

Among the products displayed in Otop Hub are members of FoodPAD, however, Ambi said the hub will be opened even for the non-members.

"Our cooperator here is the FoodPAD. But if you notice, we only have a small space here, we cannot expand yet so we will contain with it," she said, adding that they are planning to expand eventually in other areas in the city to cater more MSMEs.

Meanwhile, Ambi mentioned that the agency will also put up other OTOP Hubs along the highway in Digos City and in one of the malls in Tagum City this year.

OTOP Philippines is a program of the DTI which started in 2002, providing ecosystem and assistance from the local government units, national government agencies, and the private sector.