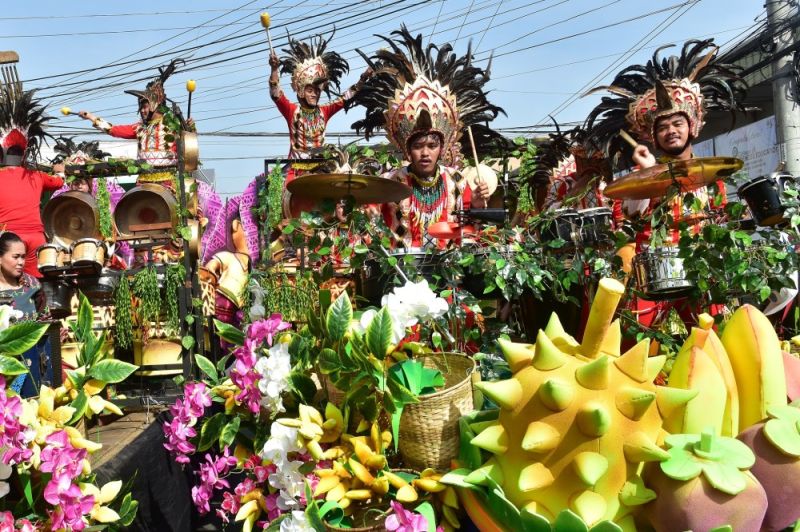 THE city's month-long celebration of the 34th Kadayawan Festival has been generally peaceful, according to Davao City Police Office (DCPO) Director Alexander Tagum.

Tagum expressed his gratitude to the people of Davao City and the different stakeholders for a successful Kadayawan. The Davao Police was on full alert the whole month.

"Based on the reports from MACC (Multi-Agency Coordination Center) and lower Police Units, the 34th Kadayawan Festival 2019 in our beloved City of Davao is generally peaceful with no major untoward incident by the grace of God,” Tagum said Sunday, August 25, 2019.

Both were among the major highlights of the festival similar with the Indak-Indak sa Kadalanan (street dancing competition) which was conducted last August 17.

On top of the deployment of security personnel, strict safety measures were also implemented during different events.

Among the security measures implemented were the no wearing of jackets in Kadayawan activities; allowing only transparent bottles in activity areas; and no-fly zone on event areas. Bringing of firearms and sharp objects were also not allowed. Bringing of infants and small babies during concerts was strongly discouraged and civilians were not allowed to wear military, police and other law enforcement units’ uniform.

"It's a collaborative partnership among all local Security and Safety Units that were properly managed by the PSSCC and fully supported by our City Government of Davao. All the reason why life is indeed here in our beloved city," Tagum said.