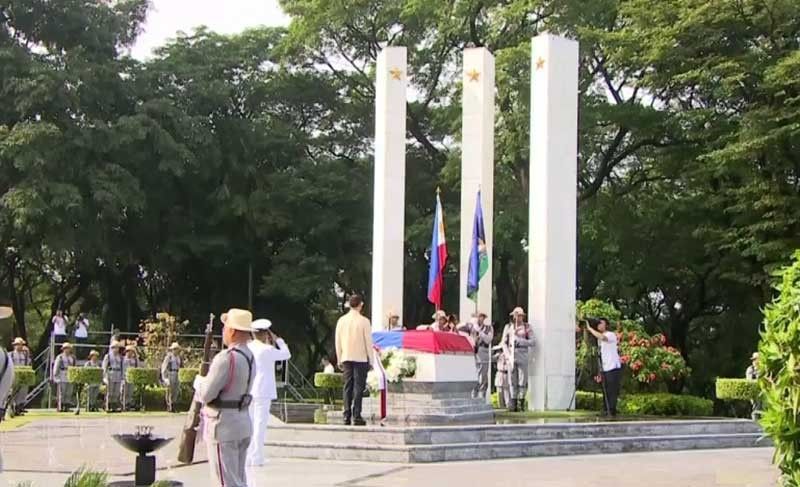 His former aide and now Senator Christopher Lawrence “Bong” Go said the President is not feeling well and needs to get some rest.

The President was last seen in public on August 21, when he led the inauguration of a solar power facility in Odiongan, Tablas Island in Romblon.

Before this, he attended the 118th Police Service anniversary celebration in Camp Crame in Quezon City on August 9.

On August 17, Malacañang again addressed persistent rumors on the President’s health, saying Duterte was busy working and has not been confined in a hospital.

The President was supposed to lead this year's commemorative program and deliver a message to honor the sacrifices of the country's national heroes who fought for the Philippines' independence.

"We wish to inform that President Rodrigo Roa Duterte is unable to attend the National Heroes Day event today, 26 August, 2019 at the Libingan ng mga Bayani at Fort Bonifacio, Taguig City. House Speaker Alan Peter Cayetano will be representing him on his behalf," Presidential Spokesperson Salvador Panelo said in a statement.

In a keynote speech delivered last year, the President urged his fellow Filipinos to become "worthy heirs" to the legacy of the country's heroes.

This year, he called on his countrymen to be an "everyday hero" and help the needy people.

"This National Heroes Day, I call on all Filipinos to reflect on our history and honor the brave souls who courageously fought for our freedom and the democratic ideals upon which our nation was founded," the President said.

"Let us make our forebears proud of our triumphs as a people by being everyday heroes who will reach out to those who are in need, especially to the ones who have been neglected by society," he added.

The celebration of National Heroes Day is observed every last Monday of August. (SunStar Philippines)