Cayetano says 2020 budget will be passed before target date 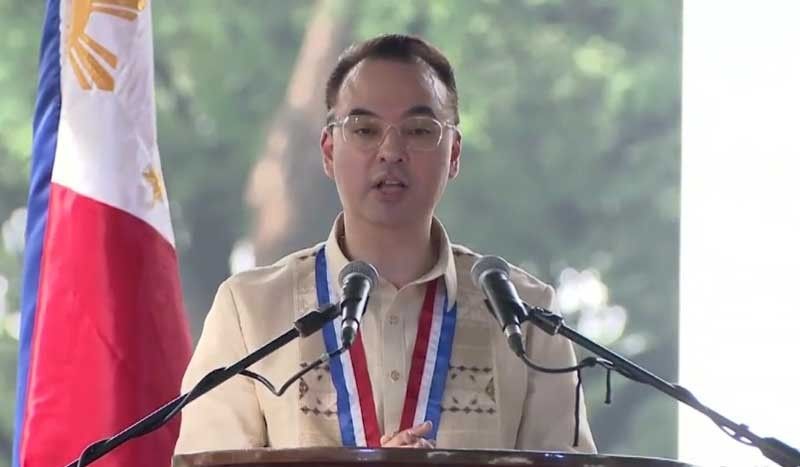 HOUSE Speaker Alan Peter Cayetano on Monday, August 26, said the House of Representatives is working hard to pass the 2020 budget before their October 4 target date.

"Mabilis at hinihimay talaga. I think bago mag October 4, we will have our third reading of the budget," he said at the sidelines of the National Heroes Day rites at the Libingan ng mga Bayani Monday.

(The budget is being scrutinized carefully and fast. I think we will have our third reading before October 4.)

(I don't want to preempt but that is the target. So far, we are doing well in scrutinizing the budget.)

The House committee on appropriations kicked off marathon hearings on the proposed 2020 national budget on August 22.

The proposed budget, amounting to P4.1 trillion, is 12 percent higher than the 2019 budget.

Both the legislative and executive departments are hoping to avoid a delay in the passage of the budget as what happened with the 2019 expenditure program.

The government had to operate under a reenacted budget in the first three months of 2019 after President Rodrigo Duterte vetoed the bill approved by Congress because of pork barrel insertions.

Duterte signed the 2019 budget only in April 2019. The delay was among the factors blamed for the economic slowdown in the first half of 2019. (Ryniel Berlanga/SunStar Philippines)