Editorial: How to love the country 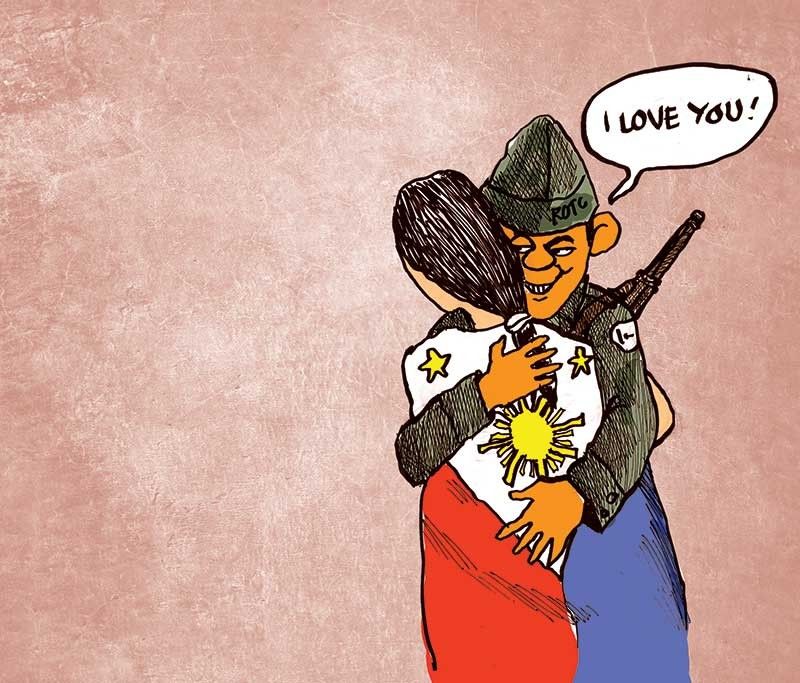 TO PERPETUATE the culture of patriotism and heroism, it is our responsibility to teach the youths love of country and service to our people,” said Defense Secretary Delfin Lorenzana in his 2019 National Heroes Day Message.

The good secretary believes the Reserve Officers’ Training Corps (ROTC) program is key in instilling in the youth “leadership, discipline, respect for authority and service to country.”

“Let this day remind us all that love of country is the foundation upon which our country was built. The act of defiance against foreign domination by our forefathers despite overwhelming odds planted the seed of Filipino nationhood that evolved to become what we are now,” he added.

“Today, we continue to defend and protect what they won for us by addressing any and all threats to our safety and security. Our brave soldiers valiantly put their lives in the line of fire twenty four hours a day so our people can live in peace,” he said.

Understandably, Lorenzana frames his notion of “love of country and heroism” as a soldier, and true indeed it was burning love for motherland that charged the bloody revolution that eventually drove foreign power. That, of course, is worth remembering and emulating, in whatever ways Lorenzana imagine it to be.

Unfortunately, with “foreign domination” looming on our western seas, Lorenzana’s “brave soldiers” may not be the best of examples as the ones who “valiantly put their lives in the line of fire.” The secretary’s message loses its luster if held up against ground realities.

On occasions such as the National Heroes Day, we’re never short of lofty rhetoric about love of country in this country. Do they work? Does anyone even take heed of all the slogans and exalted sentences from official platforms to street parliaments?

When the enemies of the state are working in pragmatic ways, there might be need to fight them not in the realm of language alone, but in very practical ways. Not armed advances, but by methods allowed in our democratic spaces.

Speeches alone do not beat graft and corruption. Citizens must document acts of irregularities and abuses by officials. Citizens themselves must guard the old, inviolable principles of respect for human rights. Citizens must put to heart the importance of a clean environment. Citizens must safeguard the institutions. Citizens must not obey authorities blindly. Citizens must realize that they are more powerful than officials whose power only has the limited arch of three-year terms and that they can very well terminate arrogant leaders at will.

Perhaps, that’s another way to love the country, and that’s something an ROTC program, military by its very nature, will most probably miss. Soldiers obey first before they complain, that’s army speak. But that’s not the end-all, be-all as far as loving the country is concerned.

Democracies are strengthened by a thinking citizenry.