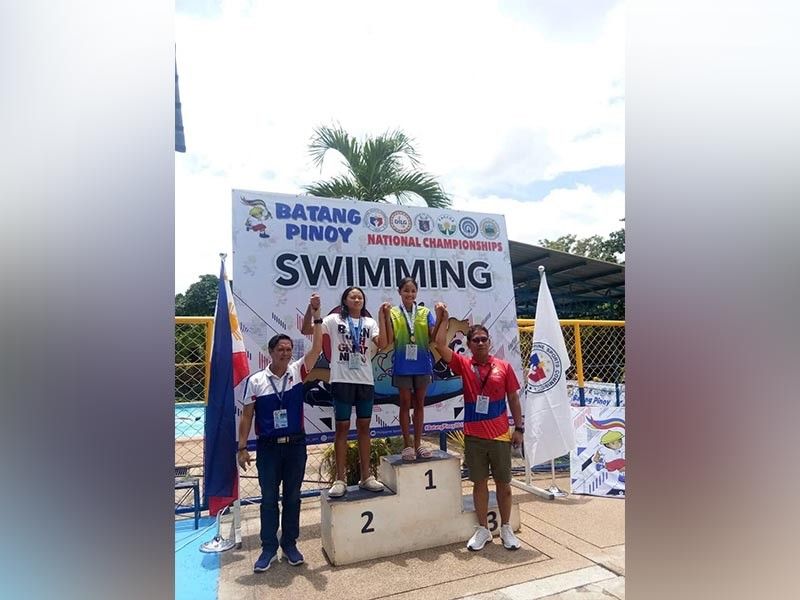 Amoguis’ younger sister Liaa Margarette, for her part, annexed a silver in girls 12-under 200m IM and a bronze in 100m butterfly.

In beach volleyball, the D’artagnan Yambao-coached girls team grabbed its debut win against Tanawan, 21-15, 21-15. His spikers will collide with Mandaluyong at 9 a.m. today.

The Batang Pinoy is a grassroots sports program of the Philippine Sports Commission.