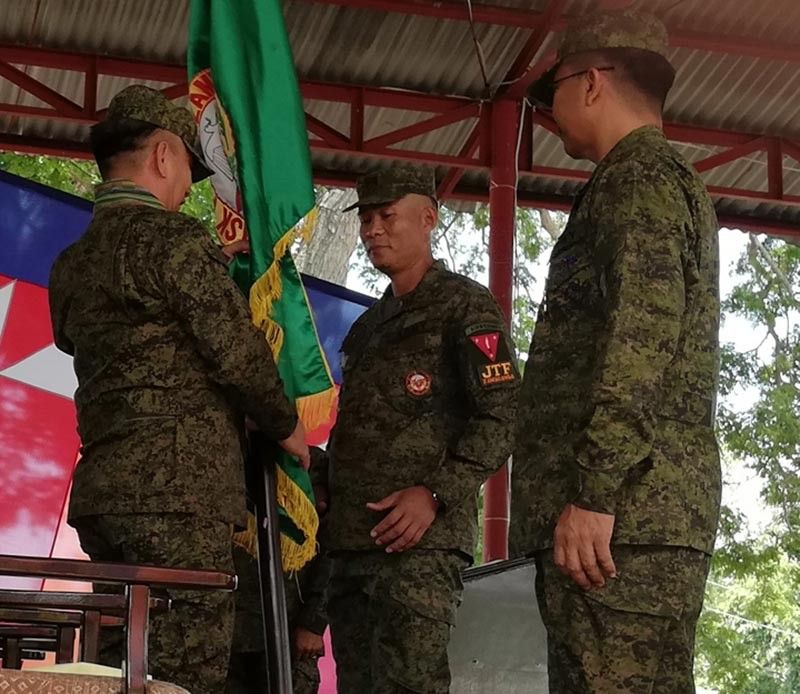 Ancan issued the order as he installed Divinagracia, a native of Zamboanga City, as the new JTFZ commander vice Colonel Leonel Nicolas.

"I know you can do it," Ancan told Divinagracia, adding: "I know how you defended Zamboanga City during the 2013 siege" as mechanized battalion commander.

Ancan told Divinagracia to sustain the peace and security programs of his predecessor, who served as JTFZ commander with zero enemy atrocities.

He congratulated Nicolas for his accomplishment as the JTFZ commander for a period of two months and five months.

Divinagracia expressed his gratitude to his senior officers and the higher headquarters of the Armed Forces of the Philippines (AFP) for entrusting him to lead the JTFZ.

Divinagracia vowed to do his best as the new JTFZ commander and ordered his subordinate commanders "to tell your men that we are here to secure Zamboanga City."

"We must be prepared to detect, deter, apprehend, and if we have to neutralize terrorists, so be it," Divinagracia told his two subordinate unit commanders.

However, he acknowledged that protecting Zamboanga City from the different acts of terrorism is a tall order "because we are confronting an almost invisible enemy" whose main intention is to create havoc among the people.

Both Divinagracia and Nicolas belong to the Philippine Military Academy (PMA) Class of 1991.

Nicolas has been designated at the new commander of the Army's 102nd Infantry Brigade based in Ipil, Zamboanga Sibugay. (SunStar Philippines)