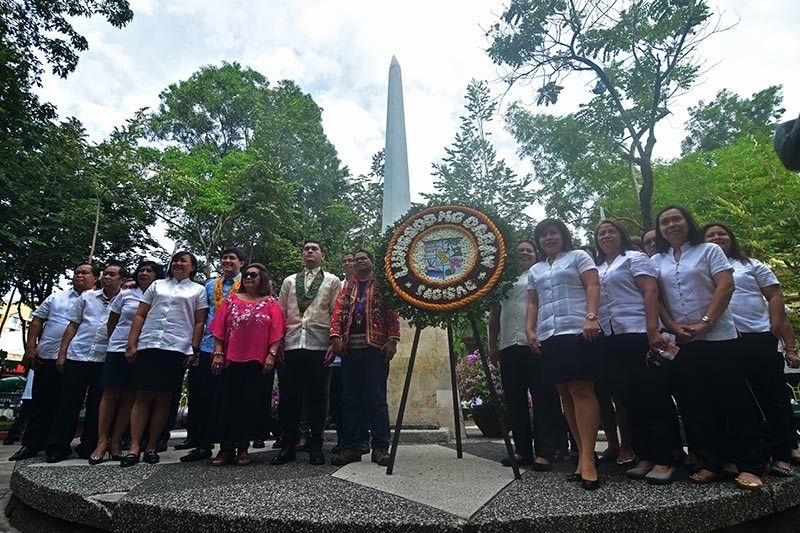 In his National Heroes Day speech, Duterte said Dabawenyos have duties and responsibility to serve and protect the country, like the heroes who fought for liberty and independence.

“We commemorate those who fought for our country. Because of them, we were able to experience the liberty that we all enjoy today,” Duterte said at the Osmeña Park.

He hopes Filipinos will continue to be inspired with the “great sacrifices” our heroes had done for the country, even sacrificing their lives.

However, Duterte said everyone can be a hero in their own little ways.

“No matter who you are or what you do, you can be a modern day heroes of this generation,” said Baste, who is also the acting mayor while Davao City Sara Z. Duterte-Carpio is on leave.

He also called everyone to be “strong and resilient against the issues and challenges” that the city and the country are currently facing.

Also present during the ceremony are different city government officials and foreign delegates.

National Heroes’ Day was first signed into law through Act No. 3827 in 1931. The law declared the last Sunday of August an official national holiday.

However, in 2007, former President Gloria Macapagal-Arroyo signed into law Republic Act 9492, which set the National Heroes’ Day on the last Monday of August. RGL