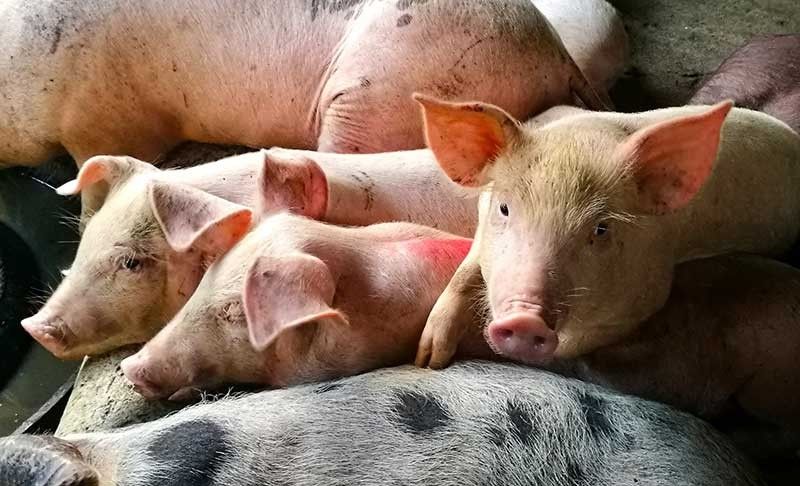 Millions of pigs have been culled in Asia amid the threat of the African Swine Fever virus. Last week, Agriculture Secretary William Dar neither confirmed nor denied reports that the virus had reached the Philippines. (SunStar File Photo)

This was the assurance of the Central Visayas Pork Producers Cooperative (CeViPPco) in response to the government’s call for stakeholders to cooperate to prevent the entry of the African Swine Fever (ASF) virus in the country.

The group urged consumers to avoid bringing in pork products from other areas.

The CeViPPco, composed of 50,000 families in Cebu Province directly involved in pig farming, in a statement, said the public should be aware of the threat to the local hog industry.

“Do not bring in pork products, including canned and processed pork products, to Cebu. Eating pork products sourced within Cebu is safe, and we could keep it that way with your help,” the statement read.

“Please do your share, be informed and know what should and should not be done in order to protect our local hog industry,” it added.

The group said Cebu province has a P10.9 billion hog industry that needs to be protected.

Recently, Gov. Gwendolyn Garcia imposed a 100-day regulated ban on pork importation to Cebu after reports that some parts of Luzon had suspected cases of African Swine Fever (ASF).

“Our organization has also committed our full support to help in the implementation of the measures laid out by the Provincial Government through the Provincial ASF Task Force. We shall be actively involving ourselves in the monitoring and surveillance activities, information dissemination and other activities that would help protect the Cebu province’s P10.9 billion hog industry,” the group said.

Garcia issued Executive Order 13 on Aug. 20, 2019 creating a task force that will be headed by the governor with the provincial veterinarian as vice chairperson.

It is tasked to strictly impose the temporary ban on imported meat products from counties infected by the ASF.

“As we all know, this disease has already wreaked havoc in other countries, the biggest of which is in China, where they have to cull almost half of their pigs, greatly affecting their economy,” the group said.

ASF is currently plaguing neighboring Southeast Asian countries, including Vietnam, where the Food and Agriculture Organization (FAO) of the United Nations said on Aug. 22, 2019 that more than four million pigs had been culled after the disease struck 62 provinces and cities.

In China, where the disease first appeared in August 2018, the Ministry of Agriculture and Rural Affairs (Mara) said about 1.17 million pigs had been culled, the FAO update on the ASF situation in Asia showed.

But international reports say China’s numbers of infected animals and culled animals are likely to be vastly underrerported.

The disease has already hit 32 provinces, autonomous regions and towns there, as well as the Hong Kong Special Administrative Region, the FAO said.

Mara itself said there had been a 32.2 percent drop in the number of live pigs in China in July 2019 from the same period last year.

“China produces half of the world’s pigs, with a current population of some 500 million swine,” the FAO said in September 2018, a month after the disease was first detected in China.

Other areas hit in Asia that reported outbreaks are Mongolia, Cambodia, North Korea, Lao People’s Democratic Republic and Myanmar, according to the FAO.

The FAO warns that once established in a country, the virus is difficult to eliminate. The virus is specific to pigs and is not a human health risk.

On Aug. 19, Agriculture Secretary William Dar neither confirmed nor denied reports that the ASF virus had reached the Philippines. He, however, had ordered the testing of tissue samples for all types of pig disease after the DA received reports from the Bureau of Animal Industry on Aug. 16 about the increased mortality of pigs raised by farmers in their backyards.