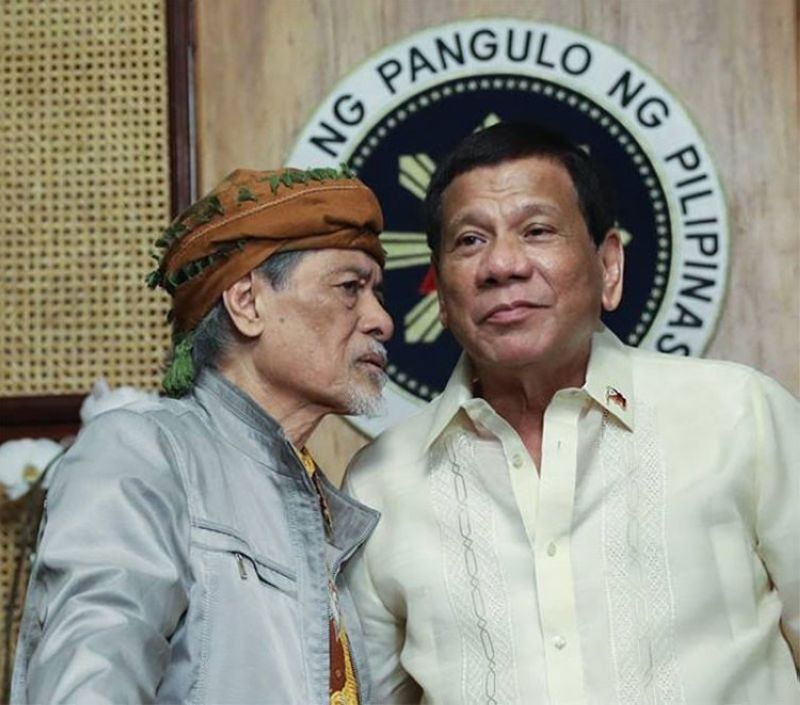 PRESIDENT Rodrigo Duterte has ordered the creation of a coordinating committee between the national government and the Moro National Liberation Front (MNLF) by the second week of September 2019 to conduct peace talks.

"The President relayed to Mr. Misuari his desire to immediately form a Coordinating Committee between the Government of the Philippines (GPH) and the MNLF," he added.

Panelo said the President has instructed the office of Presidential Adviser on Peace Process Carlito Galvez Jr. to convene the coordinating committee by the second week of September in Davao City for agenda setting and start of discussions.

"In resolving the Muslim rebellion in Mindanao, every undertaking that may lead to a lasting peace and prosperity to that region must be tried and tested until its fruition," he said.

"We can do less as a people, and President Rodrigo Roa Duterte will walk the extra mile to bring harmony to the country and the nation," Panelo added.

In 1996, the MNLF forged a peace pact with the national government that saw the creation of the now-defunct Autonomous Region in Muslim Mindanao (ARMM), where Misuari ruled as a governor.

The MNLF, under the leadership of Misuari, has been questioning the supposed inequitable distribution of positions at the Bangsamoro Transition Authority, an interim governing body of the BARMM.

On August 20, Galvez raised the possibility that Duterte might consider creating a new regional government for the MNLF.

Panelo noted that Misuari, during the meeting with Duterte, had wanted the involvement of the Organization of Islamic Cooperation the consultations to determine the remaining compliance of the national government in the 1996 peace agreement with the MNLF.

"The [government]-MNLF Coordinating Committee will serve as a venue to seek for the cooperation of the MNLF to achieve immediate peace in Sulu by, among others, helping in combatting the Abu Sayyaf Group and convincing MNLF relatives to return to the folds of the law," he said.

"The [government]-MNLF Coordinating Committee can expect the full support of the Office of the President as we move towards our common goal of resolving the conflict that have caused deaths, suffering, and dislocation among the Muslims and Christians alike," he added. (SunStar Philippines)