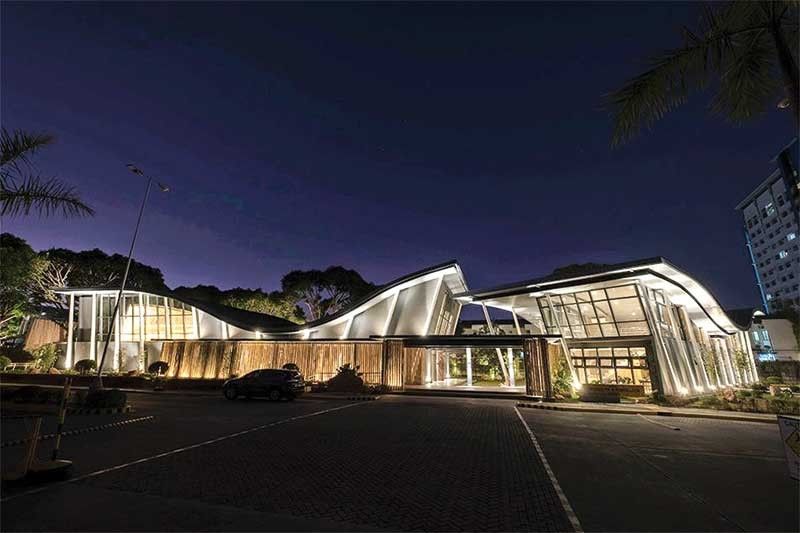 COR JESU ORATORY. The new chapel at the Sacred Heart Schoo - Ateneo de Cebu (SHS-AdC), named as one of the finalists in the World Architecture Festival (Religious structure category) to be held in Amsterdam in December. 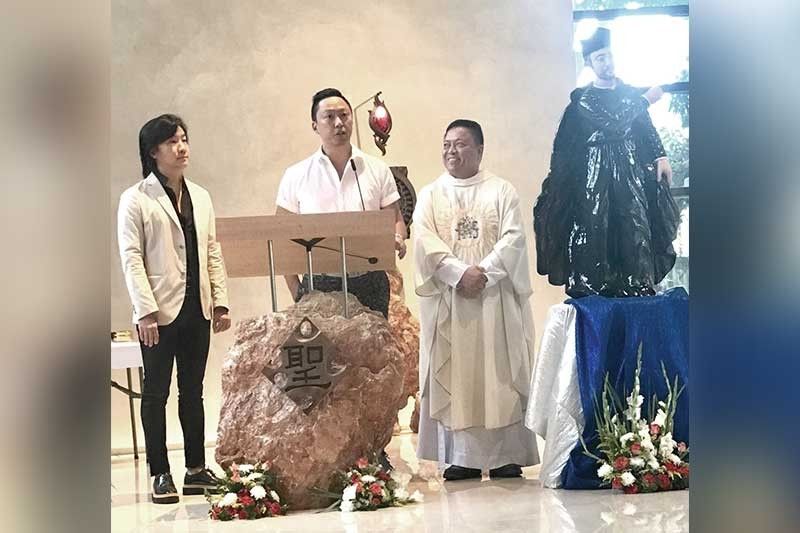 THE new chapel at Sacred Heart School-Ateneo de Cebu (SHS-AdC), called Cor Jesu Oratory, has been getting more than its share of attention after it was named as one of the finalists in the World Architecture Festival (Religious structure category) to be held in Amsterdam in December. Its unique design is a joint effort of Sacred Heart alumni Kenneth Cobonpue, architect Buck Sia and their team. Materials used are bamboo (bonded together on the ceiling to form one continuous pattern), concrete (rocks are used as altar and pulpit base), metal (connects the base to the top), and glass at the back of the altar, where the wooden cross is mounted on its frame, and where on one side of the oratory, natural light shines through.

We had a good look at the modern structure three Sundays ago during Holy Mass officiated by SHS-AdC president Rev.Fr. Manuel A. Uy. Present were proud and generous alumni who have always been supportive of their school and its projects.

Visual artist Lucilo “Jojo” Medalle Sagayno had a solo exhibit entitled "Sagayno @ The Alcoves" showcasing more than 20 of his recent works done in mixed media. Venue of his seventh one-man Show was on the third level of Ayala Center Cebu beside Rustan's and Core Pacific.

It was fashion Sunday at Ayala Center Cebu when Stylist's Closet unfolded at The Gallery. Celebrity stylist Pam Quiñones came all the way from Manila to put together fashion pieces from the different Ayala boutiques for the models to show off on the ramp. Annotators were popular media personality Tim Yap and former-Manila-model-now-Cebu housewife-Divine Lee Go.

ELA Essentials is a new scent brand that offers 12 kinds of essential oils, among them, the known favorites: Eucalyptus and Peppermint as well as Lily of the Valley and Sandalwood. Business development manager Mikaela Pacubas launched the brand during a lunch affair at Asmara Urban Resort. She shared that future plans for ELA include offering fusion oils and custom scents for those who would like to have their signature smell.

Once again, Marco Polo Plaza Cebu marked Switzerland's National Day with a buffet spread at Cafe Marco. Dubbed "Swissness from A To Z," it featured all things Swiss from appetizers to dessert, in addition to the hotel’s international lunch and dinner offering. Opening affair found hotel general manager Brian Connelly and resident manager Michaela Priesner officiating at the ribbon-cutting and the ceremonial ringing of the Swiss bell. Guests were treated to Zurich-style sliced meats, melted Raclette cheese, chocolate and cheese fondue, an array of cold cuts and sausages, Swiss bread and Swiss rolls, and all else that spelled Swiss goodness.