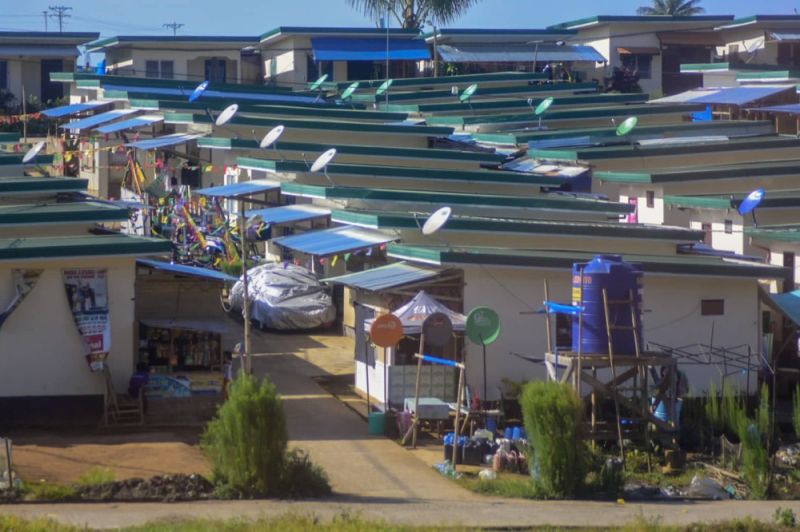 MARAWI CITY – Two years after Marawi City was almost leveled to the ground and left the city in rubbles, economic activity is slowly coming back and Meranaws are regaining back their lives.

"This is a testament that we are slowly recovering from the scars of a fierce battle," Marawi City Mayor Majul Gandamra said. 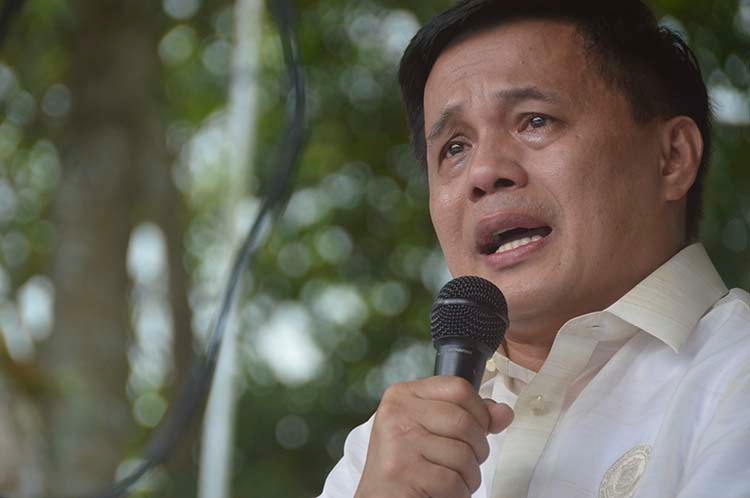 In his 79th Charter Anniversary speech, an emotional Gandamra said, ”I would like to thank each and every Marawi citizen and everyone who believes in Marawi, every man, woman and child in Marawi, for caring, for striving, for doing what is good for the city. For being strong and resilient, for their courage and determination that someday, life will get better. For coming back, for showing what Marawi means to you and your families. Kayo po ang tunay na lakas at pag-asa sa ating Marawi, kayo ang inspirasyon namin dito sa Marawi LGU, ang dahilan kung bakit gumigising po kami araw-araw upang pumunta sa city hall para paglingkuran namin kayo, mahal naming mga kababayan dito sa Marawi."

“Marawi is not a ghost city, people should look around, the most affected area (MAA) is just 25 hectares of the whole city, look around we are there, people are alive, people has returned to their normal routine, we are people-we are not ghost,” an emotional mayor said.

Gandamra said the ongoing rehabilitation projects inside and outside the MAA or the "ground zero" is proof that the city "will rise again."

"24 months to move in from the rubble is not enough. Losing loved ones, devastated loved and shattered dreams cannot be undone in two years. What is paramount is the love to live a new life with a hope of a strengthened community which is based on everyone's support and cooperation," Gandamra said. 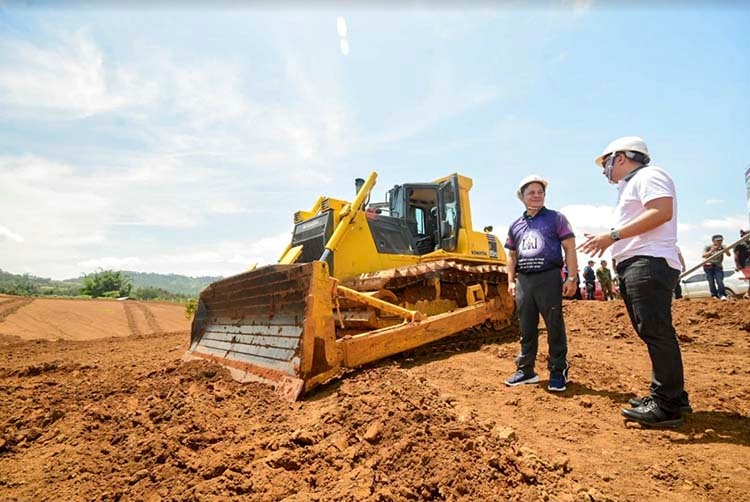 The government did not turn its back against Marawi people, in fact, NHA Manager Marcelino Escalada is always here, he makes sure that everything is properly coordinated and is done according to the plan which they presented during the public hearing last April, the mayor said.

The National Housing Authority (NHA) made through the President's promise of rebuilding the city, the mayor said, adding that there are delays in the rehabilitation because certain protocols and processes have to be observed to keep everybody secure and safe.

Recently, NHA and Marawi City led the groundbreaking for the construction of the 2,000 permanent shelters that are set for completion in March 2020.

According to Escalada funds were only released on 2018 into the National Disaster Risk Reduction and Management Council (NDRRMC) to finance the rehabilitation and restoration of Marawi after the assessments of the area.

The rehabilitation of Marawi City was allocated an overall budget of PHP67.99 billion. Of that amount, PHP41.81 billion has been raised by the government.

NHA was to build temporary and permanent shelters in Marawi, aside from clearing the area of explosives and debris.

The process of rehabilitation of Marawi City "must be structurally sound and culturally sensitive” Escalada said.

Establishing a new Marawi is a big challenge not only to the government but also to the Meranaws especially, as a new edifice will rise from the ruins of war which killed many.

"We have the blueprint, the new one, this is drawn of the consultations and discussion with Marawi residents and stakeholders, it is craft from the culture of Meranaws and we agree on it," Escalada stressed.

Gandamra said the Teachers Village inside the MSU is a testament that Meranaw’s are one in rebuilding their city.

"So how are we a ghost city?" the mayor added.

But even while rehabilitation is ongoing, some projects, which were just dreams before are now realities. These are the flood control project right at the center of Marawi and the (dream) diversion from Saquiran town to the Poblacion of Marawi City, the mayor said.

Saguiran town, which used to be a sleeping town is also gaining economic activity since the temporary shelter of the displaced families is located in Saginsogan village, which is boundary of Marawi and Saguiran town, Gandarma said. 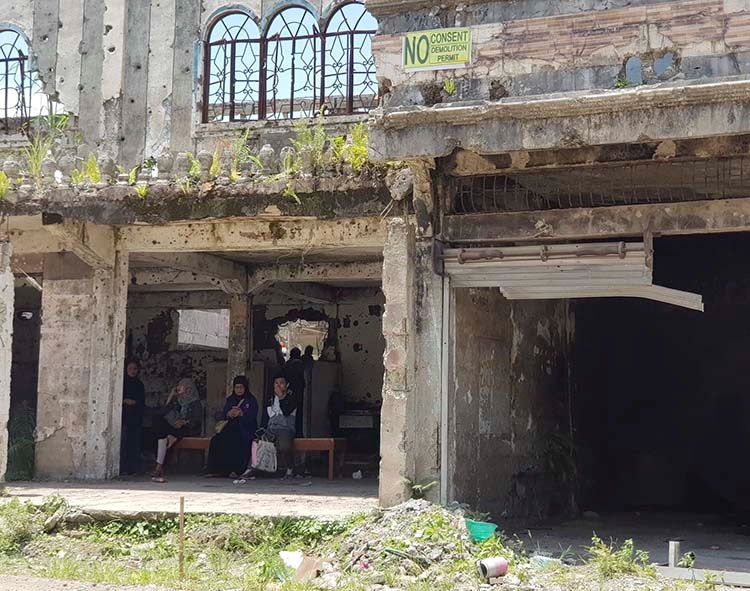 Gandamra said these developments will never happen without the help of government.

"We are hurt if people in Manila said Marawi is a ghost city. We are slowly building our lives back. We were never abandoned by government. President Duterte made true his promise to rebuild Marawi," Gandamra said.

“Those saying that Marawi is a ghost city are people not from Marawi, it hurts us, we are here we are not ghosts, we do not understand why they speak in our behalf to tell lies, they should stay and live here, so they will know, we are here,” she added.

A report made by Project Rise dated August 8, 2019 showed that a total of 330 explosive remnants of war (ERW) were recovered and were already neutralized and disposed.

Project Rise, is a government body tasked in the rehabilitation of Marawi City.

A total 70 UXOs were also recovered mostly by the members of debris management in coordination with Armed Forces of the Philippines (AFP) . Six of which were exploded and detonated while 42 others are for detection and recovery.

The mayor said the refusal of some property owners to allow the demolition of their properties also contributed to the delays in the rehabilitation “getting their consent took so long, because most of them are not residing here while others has yet to decide what to do with the space.

Gandamra said residents were allowed to visit their properties to assess with the help of government agencies whether it can still be repaired or be demolished.

As of August 7, Project Rise reported that a total of 2,804 property owners have already issued consent and are due for demolition.

Government have already demolished a total of 1,875 structures and 1,720 of which already cleared with debris.

Project Rise recorded a total of 5,403 actual structures in the nine affected sectors in the city.

Project Rise reported a 52.48 percent accomplishment as of July 31, 2019 based on the timeline of Marawi's rehabilitation.

Gandamra stressed that safety and security is the utmost consideration in the clearing operations.

The country's Islamic capital was besiege by the five-month long armed conflict between government forces and elements of the rebel Maute group and gunmen affiliated with the Islamic State (IS).

In resulted in the death of over a thousand people, mostly extremists who were killed in the gun battles and displaced thousands out of the city. (SPONSORED CONTENT)