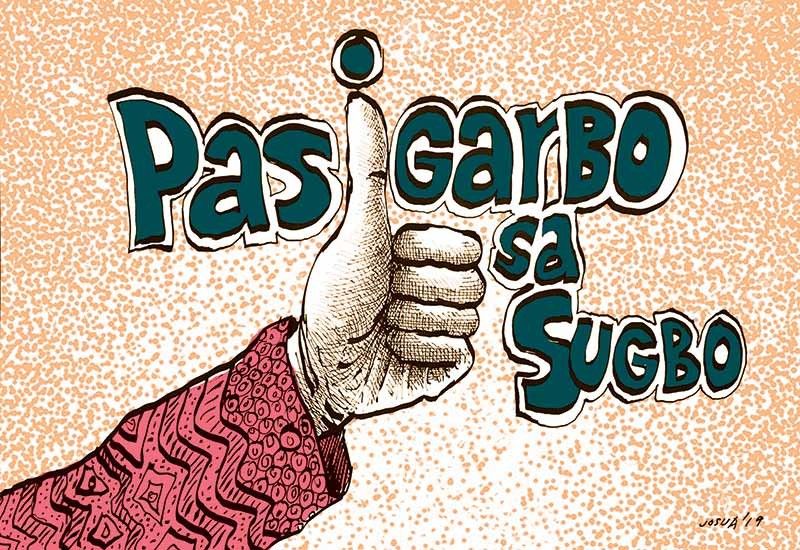 EVERYONE must have expected all the clichés about Carcar: chicharon, ampao, shoes, etc. But then came the contingent’s Kabkaban performance, and what we all saw instead was a dramatic tale of how a mother’s lullaby passed on a deep love for music to the child. Beautiful move, Carcar.

The contingent hauled the biggest win in the recently concluded Pasigarbo sa Sugbo, a Cebu Provincial Government project that is being revived by its prime enabler Gov. Gwendolyn Garcia.

Carcar comes home with a haul of P1.6 million. It received P50,000 for besting in the festival jingle; P50,000 for best costume; P500,000 for best in street dancing; and P1 million as grand champion in the ritual showdown. And if that wasn’t enough, there was also the stunning Marla Alforque of Carcar who clinched the Pasigarbo Festival Queen title. The charming town in the south simply stood tall.

The thing is, we hail the Pasigarbo as a fitting platform to highlight just the kind of colorful souls that abound in Cebu. It’s a souvenir shop in motion, a museum under moonlight, history in all its chromatics and joviality.

The festival was shelved for six years by naysayers who thought it was nothing but an awful waste of money. It was one policy that simply exposed the ignorance of leaders who couldn’t comprehend the prime importance of nurturing one’s soul as a people by collective rites of culture. It’s the nature of communities to gather for stories, prayers, dance, songs, art, poetry. The Pasigarbo is one such rite, and thanks to the Province’s current chief executive who understands that.

To recall, it was also through Garcia’s leadership that the towns started to look inwards by doing cultural mapping. The program then allowed the towns to highlight their cultural strengths and come up with festivals inspired by their own, unique themes.

The Pasigarbo’s schedule, which is mid-year, also fills up the dead air when Cebu City’s Sinulog Festival is yet at the turn of the year. Forty-three contingents perform, stretching the program for some long, good hours.

There are suggestions that preliminaries should better be held to trim the number of performances on Pasigarbo Day, but Provincial Tourism Officer Lester Yabañez said, “it’s more favorable for the governor to hold it in one time so that everyone can have the same chances (of winning).”

“We’re One Cebu, so we should also be One Cebu in aiming for the top,” said Ybañez.

True, the Pasigarbo fest is about “community,” the collective expression of culture in our part of the world. Whatever the pragmatic concerns are in the organizing of this grand rite can be polished to a shine in the years ahead.